Being a massive fan of live-action video games for more than twenty years, I was eagerly awaiting my gamescom appointment with Allan Plenderleith and Simon Sparks of Splendy Games, creators of the upcoming FMV adventure The Bunker. Before we sat down to record a lengthy video interview, however, I got a hands-on glimpse of their ambitious project, which will be released on the 20th of September. 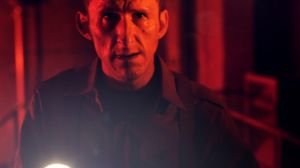 The Bunker stars a man named John, who was born on the day of a nuclear attack and has spent his entire life in the eponymous shelter. While the intro takes us back to the day of John’s birth in 1986, the actual game takes place 30 years later. Everyone John has ever known has died throughout the years. To make this hell of a life at least somewhat bearable, he desperately clings to the same routine day after day. Never since childhood has he left the floor where he resides, as according to his deceased mother’s advice, “this is the only place where he’s safe.” Then one day his whole world gets turned upside down, as an alarm goes off that forces him to venture out into the unforgiving heart of the bunker.

The game consists entirely of filmed material, whether you’re exploring locations or watching cinematic cutscenes play out. One thing that’s obvious from the get-go is that the quality of the live-action video footage is on an entirely different level than it was in most games from the (rather short) heyday of FMV. You might say this isn’t a surprise as the technology has changed drastically in the meantime, and you might be right. However, I’m not just referring to the video quality, but also to the quality of the acting, the direction of the film sequences, and the way the oppressive atmosphere is created. In fact, you don’t need to spend much time in the bunker to realize this title was created by people who understand the craft of filmmaking. 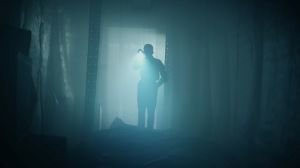 For time reasons I was only able to play around ten minutes of the game, and the amount of interactivity was limited in what I saw personally. Unfortunately I had to stop right before the “big bang” that paves the way for John’s actual journey. Yet based on my early impressions, Splendy’s talents are not limited to film. During my short stay in the bunker I mostly explored a few rooms, repeatedly went through John’s rather dull daily routine, and clicked on several hotspots that activated flashbacks. This might not sound spectacular, but the emotional effect these scenes had on me made me realize that I was experiencing exactly what the developers wanted me to experience. Everything I heard and saw and did – whether sound effects, cutscenes, or interactivity – perfectly made me feel how incredibly dreary, monotonous and hopeless John’s life really is. I was entirely swept up in the setting, feeling more and more uneasy. While a lot of games use the tag words “psychological horror” these days, a couple of minutes in the bunker represented an excellent example of how psychologically intense an interactive horror experience can actually be.

If you like your gaming nice, clean, and family-friendly, The Bunker is definitely not a good choice for you. Aside from the all-pervading feeling of claustrophobia, a few of the early cinematics contained some very dramatic emotional scenes. And according to the game’s creators, things are going to get a lot worse during the course of the story. Obviously I can’t judge how good the overall story is or how well the other interactive mechanics complement the narrative, but even at first glance it's clear that Splendy’s upcoming release has enormous potential to be a remarkable (interactive) horror drama.

The following video interview with Simon Sparks and Allan Plenderleith will offer additional insight into the creators’ minds as we thoroughly discuss The Bunker, Splendy’s background, and all things FMV. Enjoy! 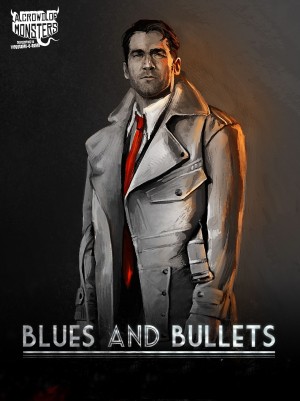 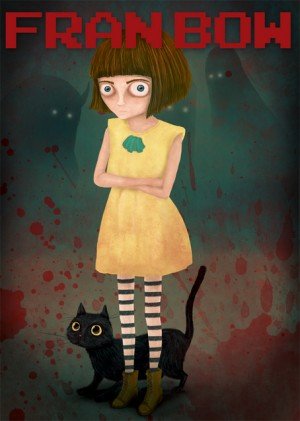 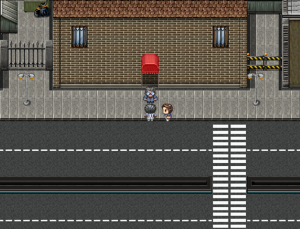 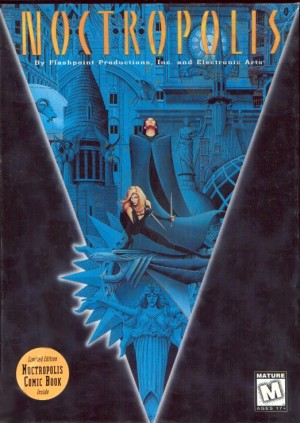