MISSING: An Interactive Thriller - Episode One  (2014)

MISSING: An Interactive Thriller, the premiere game from fledgling developer Zandel Media, is a game that combines two niche areas of the adventure genre into what is touted as “a unique entertainment experience… bringing video game and crime television together.” With five episodes planned in total, MISSING promises to feature live actors in full-motion video to progress the story in between its gameplay segments. For now, only the first episode has been released, serving essentially as a prologue to the final four episodes still to come all at once.

This chapter switches back and forth between its two protagonists, each with his own narrative, showing the story from two different angles. Regaining consciousness chained and trapped in the bowels of an industrial complex, David Newcastle has no idea who abducted him or how he got here. But whoever is responsible has some connection to David’s wife and daughters, and has left pictures and threatening messages for him to find during his escape, along with numerous traps to overcome. Meanwhile, Detective Lambert, discovering David’s abandoned vehicle, initiates an investigation into a rash of recent disappearances of which David seems to be only the latest victim.

Players somewhat indirectly control both protagonists in turns, clicking on items and areas on the screen, then watching short video segments in which the action is carried out. Occasionally, an event will happen that requires quick reflexes, like a pipe bursting or an explosive charge detonating, and an on-screen prompt appears for players to quickly click on. Whether it is clicked in time or not, the story moves on, perhaps with a small alteration. 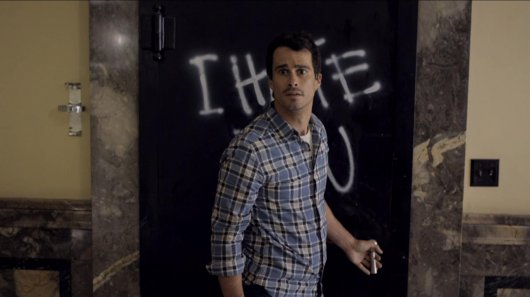 David’s gameplay segments, comprising about 80% of this first episode, are essentially a series of escape the room scenarios strung together, as he gradually advances through the facility he’s trapped within in an effort to escape. This means you’ll find yourself in a confined area, with the exit in plain sight, but a numerical door lock or malfunctioning power source keeps you from exiting the room and moving on. You’ll need to search your immediate surroundings for clues, hidden pieces of information, and items that will help you open the exit and escape.

A few puzzles, like a sliding block puzzle and an actual word search, are organically added into the process. There’s even a (mild) skill challenge included late in the episode, requiring David to hit a target from across the room with an improvised slingshot. The puzzles are fair and generally simple enough, easily solved before they can clog up the story progression in any way.

Being just the first episode of a multi-part series, this installment is exceedingly short; a thorough initial playthrough lasted no more than 30 minutes, and before an hour had elapsed I had played through two more times to test out some alternate choices. The result of that experimentation, unfortunately, was discovering that none of the timed sections or choices had even the most trivial impact on how the narrative proceeded; regardless of what I did or how badly my reflexes faltered, the characters proceeded to the episode’s end despite my best or worst efforts. There are no penalties for taking longer during escape scenes either – players can take as long as needed to complete each section. Hopefully there’s a much greater sense of player agency when the meatier episodes arrive in future. 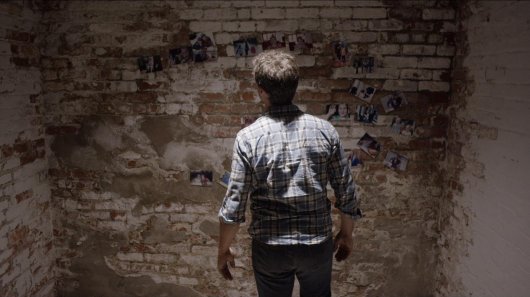 The full-motion video is seen seldom enough in games today that it automatically becomes noteworthy simply for its inclusion. By the very nature of having a character locked up alone in an isolated building, there is very little character interaction and dialog. Instead, much of the footage for this episode features the actors reacting to their environment, hustling down hallways, and generally looking puzzled and frantic. However, this is not a bad thing. The actors (including Roy Dupuis as Detective Lambert, who will play a much bigger role in subsequent episodes) perform favorably, and the quality of the video itself is excellent. If you’ve experienced FMV during its heyday of the ‘90s, you’ll remember things like horrible pixellation and awkward cut-and-paste greenscreen environments. None of that is the case in MISSING – it does actually look like TV broadcast quality video.

It’s much too early to cast any kind of judgment on MISSING; with four episodes yet to go, the game could and almost certainly will move in some interesting and unexpected directions. This episode is just a taste, and it’s clear the designers and cast are talented enough to create a worthy product. It may not be for everyone with its one-track-focused gameplay and an industrial atmosphere that seems heavily influenced by Saw (minus the violence and gore), but time will tell where the four-part main installment takes this game.

The first episode of MISSING paints a favorable portrait of what we can hopefully expect from the finished product. With quality production values and decent enough puzzles, even if a bit on the light side, the meatier complete FMV thriller should be something to look forward to.

GAME INFO MISSING: An Interactive Thriller - Episode One is an adventure game by Zandel Media released in 2014 for Android, iPad, iPhone/iPod Touch, Mac and PC. It has a Live Action style, presented in Full motion video and is played in a First-Person perspective.

What our readers think of MISSING: An Interactive Thriller - Episode One