We get a small commission from any books sold.
All Bitmap Books
Written by
Randall Rigdon — October 7, 2013

Note: Since time of writing, this game has been updated with various enhancements and a free epilogue known as Lost Echo: Resonance, along with being ported to Android devices. This review is based on the original release.

Very rarely does an adventure emerge completely out of the blue that manages to get so many things right on so many levels. Even rarer does such a state-of-the-art title appear exclusively on iOS devices. KickBack Studios' Lost Echo is just such a title: a stylistic, innovative embodiment of everything that a traditional adventure game should be within our modern mobile gaming world.

As soon as I began the game, my iPhone literally began to ring with an incoming call from a woman named Chloe. This deceived me as the game opened with an entire re-creation of the device's newly-updated incoming call screen. It took a moment to dawn on me that the game was only mimicking a call. This moment isn’t as convincing on the iPad version, but it still manages to be a captivating way to engage the player right from the get-go. Once you answer, a brief conversation between two lovers is transcribed at the bottom of a black screen, arranging a quick and mysterious rendezvous. 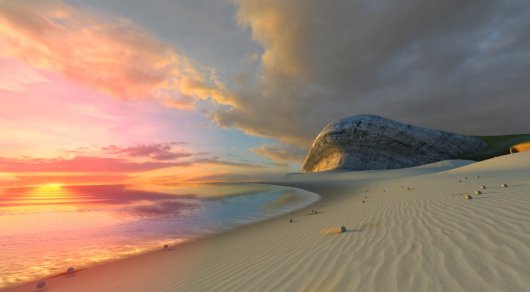 The game proper opens with the meeting of the two main characters, and right off the bat it's obvious how beautiful Lost Echo is. The opening shot of a futuristic windmill against a crystal blue sky quickly transitions via swooping 3D cameras into Chloe arriving at a cutting-edge rest area set amongst towering, crisply designed skyscrapers. Everything looks elegant, from the sharp and sultry architecture to the neatly detailed character models.

After the two characters chitchat for a while, the story quickly launches into something far more compelling. When Chloe stands up to take a phone call, our protagonist Greg witnesses his beloved partner disappear in an inexplicable surge of blinding light in the middle of the park. The impact of this phenomenon propels Greg backward and knocks him out cold on the pavement. The cinematic presentation of such a moment is particularly striking, immediately setting the tone for the rest of the game to follow.

The following segment switches from third-person to a first-person perspective – both views are used to equally impressive effect throughout the game. Seeing directly through Greg's eyes, you awaken in a hospital bed where the nature of your situation is explained by your visiting friend Tom. Although Greg recalls Tom previously knowing Chloe quite well, Tom – as well as everybody else – now doesn’t seem to know who or where Chloe is. 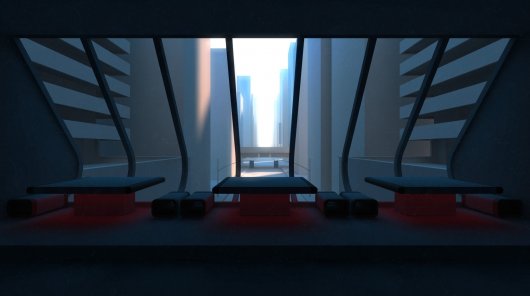 Here is where the game’s premise begins in earnest: Greg travels across the city searching for clues about the event in the park and the whereabouts of his missing girlfriend. The scope of his search is vast and diverse, and all of the environments you come across are stunningly painted in rich and extravagant atmospheres, from the bleak grittiness of a trash-filled alley to the perplexing other-worldliness of the game’s more abstract scenery. Early in the adventure you find yourself in a chic downtown bar, where a depressing company of lonesome washouts can be found within the soft shadows of the dim and morose lighting. Two luxurious chrome ceiling fans sway slowly atop the wretched dreariness, while a colorful television distantly plays against a lifeless room of indifference.

This bar's rich visual atmosphere is perfectly accompanied by a cool, moody piano partnered with capricious mellow drumming and the smooth hum of a subtle orchestral sweep, making for a masterfully gloomy piece that would have been ideal for a film-noir classic. But the excellence doesn't stop here, as all of the scenes are supported with some of the most dazzling musical backdrops to ever hit a mobile adventure, complete with haunting symphonies, gorgeous acoustic guitars, and pulsating synthesizers aplenty that set a mesmerizing tone.

Traversing these settings is a remarkably simple task: Tap a point on the screen and Greg will walk to it. Double tap and Greg will run as the camera sweeps to new angles alongside him. Tap an item to interact with it, and hold two fingers to reveal hotspots. In first-person, sweep the screen in either direction and the camera will pan that way. That’s it. A handsomely crafted inventory menu also slides over to reveal itself atop the screen by a simple icon tap. Once open, you simply select an object and then the corresponding environmental pieces to interact accordingly, or double-tap for a description. 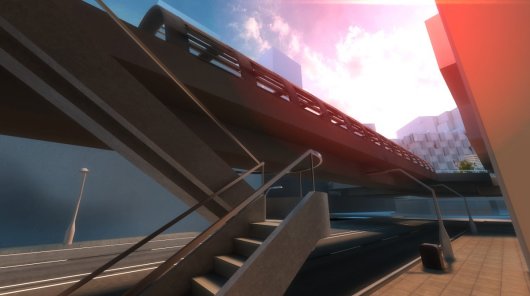 The largely inventory-based challenges feel incredibly balanced and flow naturally within the narrative (although maybe too "naturally" as the story’s deeper mystery eventually reveals). Even the combination of two inventory items will spark an in-depth, hands-on experience each time, as you have to manually break apart items and reconstruct them together through dragging and swiping to achieve your desired end. Other memorable moments include the bouncing of lasers to fry open a door, the memorization of a secret knock, and even unique variations of the game of chess. The variety and clever implementation ensure that the obstacles feel consistently entertaining and absorbing to the very end.

In addition to this refreshing diversity, some of the puzzles are remarkably creative. A particularly smart puzzle involves figuring out how a card-playing gambler is duping others. Doing so inventively incorporates the use of a first-person card-playing interface, alongside a clever mechanism of sending drinks back and forth in third-person so you can discreetly transport sensitive evidence across the room. This puzzle feels like a classic Monkey Island-esque challenge transformed through a modern mobile vision. It's executed so naturally through the simple touch and swipe format of the iOS that it instantly raises the question why the approach isn’t utilized more frequently.

As well-constructed and creative as the puzzles are, it's the incredibly elaborate and twist-turning story that's the ultimate driving force behind Lost Echo. The characters you meet are surprisingly multi-dimensional, as each of their lives and personalities are significant to the story. For example, Tom's twisted ideas for getting Greg’s mind off substantial matters have you running around on seemingly wild-goose chases just to distract you from thinking too much about the seemingly nonexistent Chloe.

The dialogue is genuine and well-written, and the sarcasm and recurring jokes make for some exceptionally hilarious moments – a running gag of finding out the true meanings behind Tom’s numerous and mostly misinterpreted nicknames had me laughing out loud quite a few times. Many of the secondary characters have their own humorous moments, such as when you ask a novel enthusiast if he’s ever noticed anything odd about his favorite bookstore that may or may not secretly function as a front for a weapons shop. At first he says no, but upon further reflection he tentatively offers: “Well, that secret door has always been sort of out of place.” 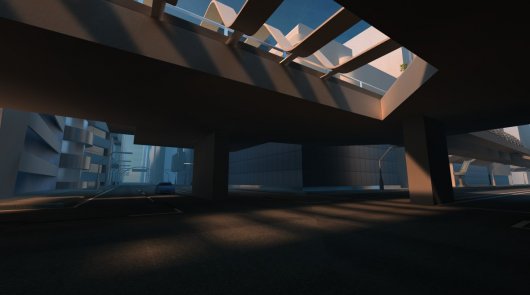 It's unfortunate that there's no voice acting to finish bringing to life the already lively dialogue. The omission is entirely understandable from an indie team of only five people, and the absence of voiceovers doesn’t take away from the experience, as the writing is certainly strong enough to stand on its own merit. But its inclusion would have added that last bit of production polish to an otherwise excellent presentation.

Eventually a plot twist occurs that radically alters the entire nature of the story and re-explains nearly all the events you’ve played thus far. Elements that could have been considered somewhat contrived at first suddenly make all the more sense because everything takes on a second meaning. The most I can reveal without spoiling anything is that it involves the use of alternate realities and time manipulation, which may sound overused but works tremendously well here. The twist allows for some splendidly unique gameplay circumstances, featuring clever reexaminations of traditional adventure gaming puzzling. For a while, with all the complexity I wasn’t sure if everything was going to come together in a satisfying manner, but by the time the game was finished it had told an incredibly well-rounded, intricate story that was even lightly philosophical at times. 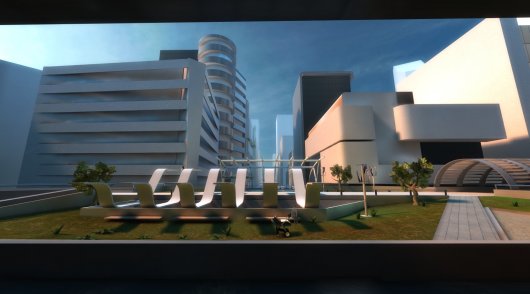 The ending in particular is especially poignant, beautifully bringing events full circle with a highly interpretive, dramatic climax that easily offers the potential for additional stories. I managed to finish the game over the course of two lengthy sittings, largely because I couldn’t pull myself away from the irresistible experience. But whether you play it all at once or in short sessions, Lost Echo far exceeds the length of a standard iOS adventure, likely clocking in at about eight hours.

By the time you witness the contemplative ending and really let it sink in, you'll have experienced a profound story and a breathtaking visual experience through the pioneering potential the iOS device has to offer. Through a balanced and elegant execution of all its varied elements, Lost Echo delivers an emotionally stirring experience that reminds us why we grew to love adventure games in the first place. So let me echo my recommendation once again: This is definitely a must-play for anyone looking for a well-realized, original adventure game experience on iOS platforms.

A richly defined, innovative experience, Lost Echo is exactly what an iOS adventure should be, capturing the spirit of traditional adventure gaming with all the potential the platform has to offer.

GAME INFO Lost Echo is an adventure game by KickBack Studios released in 2013 for Android and iPad. It has a Illustrated realism style, presented in Realtime 3D and is played in a Third-Person perspective.

What our readers think of Lost Echo