Eric Knight is a former child prodigy who now feels like a failure at the age of 23, and weird mechanical malfunctions tend to happen when he’s around. Soon Eric discovers the existence of Bodgers, a group of people through whom magic flows into the world. Some Bodgers aren’t aware of this ability, but those who realize their identity can learn to channel this mischievous magic. The aim of a Bodger is to make a small thing go wrong in order to make big things go right. Eric must determine whether he is a Bodger, but first there is an imminent danger to deal with. Another inventor has created a thaumeter – a device that measures magical energy. Its unveiling is planned for the end of day, and if that happens then the existence of the Bodgers will be exposed, and mass persecution will follow.

He's baaaack! In the present-day half of our interview series, Bob talks Bodgers and his magical comedy text adventure now on Kickstarter.

Walkthrough for Thaumistry: In Charm’s Way

Screenshots for Thaumistry: In Charm’s Way » View all screenshots (4) 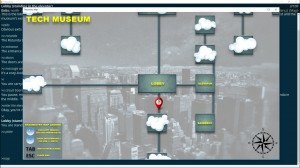 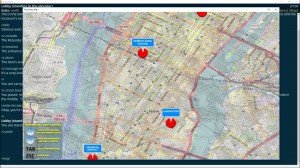 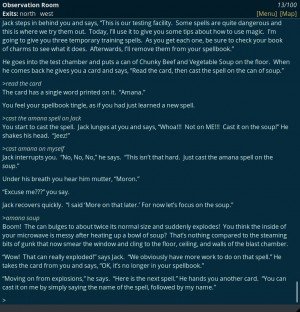 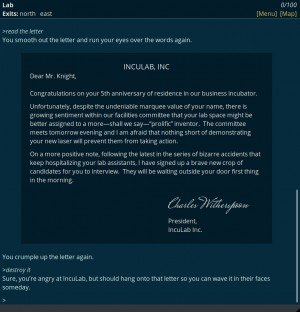 Videos for Thaumistry: In Charm’s Way » View all videos

What our readers think of Thaumistry: In Charm’s Way

Thaumistry is a modern “old-school” text adventure. There’s a background story, but the focus is on solving puzzles, casting spells and interacting with NPCs. The puzzles are easy for the most part. I was stuck a few times though, and used the...
Read the review »

OS: Windows 7, 8.1, 10
Graphics: If you can read this, you meet the minimum requirements.
Storage: 100 MB available space