Welcome to the Community Playthrough of 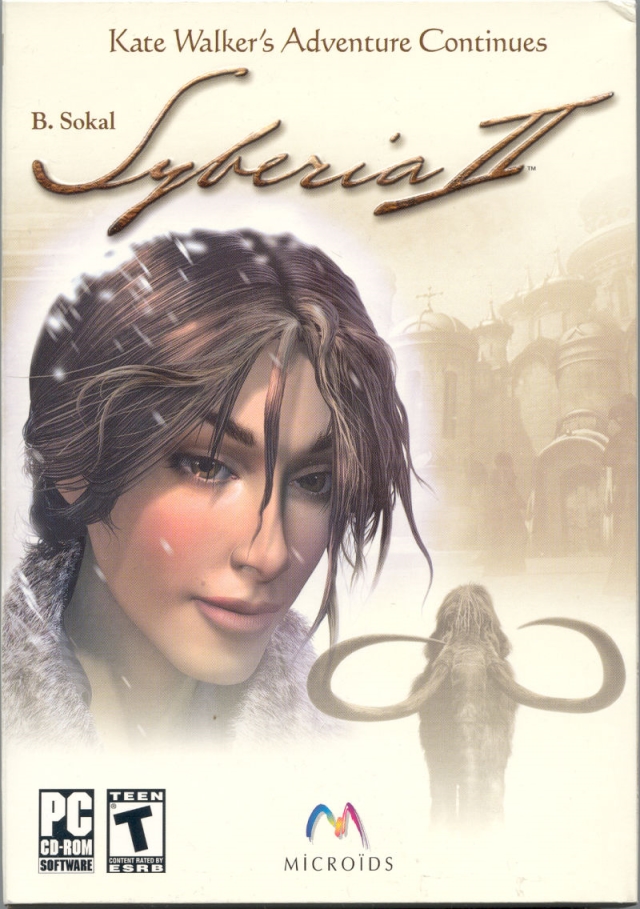 As most of you probably already knows, Syberia 2 is the second game in the Syberia trilogy created by Benoît Sokal. We already played a CP of the first game and the third game is currently in development, and will hopefully be released in a not too distant future.

In the first game we followed Kate Walker an American lawyer, on her mission to finalize a sale of a automaton factory in rural France. A sale that is complicated by the death of the owner Anna Voralberg, which means that Kate ends up having to track down the heir, Anna’s long lost brother Hans Voralberg, a brilliant engineer and automaton designer, but also after a head injury as a child sort of an idiot savant. Together with Oscar an intelligent automaton she ends up on a journey eastwards on a luxuriously spring driven train, both train and Oscar designed by Hans, that takes them through much of central and eastern Europa, before she finally catch up with Hans in a run down resort by the Aral sea in Russia. However instead of returning to New York with his signature, Kate makes a last second decision and jumps back on the train, and join Hans and Oscar on a quest to find the lost island of Syberia, where according to legends, there is actual live mammoths that have survived since the last ice age.

And now the journey continues…
Remember to pack some warm clothes, because we are now heading north east into Siberia, where temperatures can easily drop below -60 degrees celsius.


This playthrough is open for anyone who wish to participate, new forum members or veterans alike, everybody is welcome and I hope that as many as possible will join us.
For anyone who has never taken part of a community playthrough before, the idea is that we play the game in small parts, and then discuss what we played. I will lead this playthrough, which means that I will post what parts you have to play, and when you have to finish each part.

I have divided the game into 5 parts, and the plan is to give you a week to complete each part. If you think the pace is a bit too fast and you would like a couple of extra days, please tell me so.

I will give you a couple of days to acquire and install the game, if you haven’t done so already, and we will start the actually CP on Sunday the 16th of August, where I will give the official starting signal, and also tell you where the first stop point will be.

If you haven’t already gotten a copy of the game, it is available for digital download at many places including GOG and Steam, and it should work on modern systems without any technical difficulties.

Please tell me when you have installed the game and is ready to go.

GOG version installed and ready to go Iznogood. For a change I really intend to participate properly this time rather than toodle along in the background. Time will tell of course

Something I’ve noticed for the very first time, and I wonder if this is the GOG version, is that there is a Syberia recap button in the top left-hand corner of the main screen. Just ran it to test the game is working ok (cut scenes at least) which it does (Windows 8.1) and it shows that the graphics are still as good on modern systems and monitors as it was on release, if not better due to better graphics cards and monitors.

I’m currently rebuilding a 17” Vista laptop and when that is done I think I’ll install Syberia 2 from my original discs to see if that recap facility was there originally.

Something I’ve noticed for the very first time, and I wonder if this is the GOG version, is that there is a Syberia recap button in the top left-hand corner of the main screen.

You are right, I just checked and I also have it in my version, which is neither GOG or Steam. So I guess I could have saved myself the trouble of writing a little recap of my own

Something I’ve noticed for the very first time, and I wonder if this is the GOG version, is that there is a Syberia recap button in the top left-hand corner of the main screen.

You are right, I just checked and I also have it in my version, which is neither GOG or Steam. So I guess I could have saved myself the trouble of writing a little recap of my own

Just loaded the original discs and that recap has always been there.

Your recap was time well spent Izno. It sets the tone from your standpoint as play-through leader and allows the rest of us to follow it up, if we wish, directly rather than people jumping in with their views on the game recap. Mind you, people might do that anyway

Installed the game, watched the recap, and I’m ready to go on the rest of the journey to Syberia.

This will be my first time making this journey.

I installed from the original discs. Watched the recap like everyone else. I was a bit surprised to find that it ran smoothly, without tweaking, on a 64 bit Win7 machine. Great to see that backwards compatibility actually works. Ready to go.

Took us a whole year to return to Kate Walker’s adventures and continue our journey!

Have the original game, installed and ready to go!!
A replay for me, but it’s been some time since I last played it.

A replay for me, but it’s been some time since I last played it.

Game was released in 2004. I’m sure I played it within a year of its release. Only played it once, and loved it! So it’s been at least ten years since I last gave it a go.

Also got it installed and ready to go.

Installed and ready to go. I played quite a ways in years ago, but never finished it.

Installed the origonal disks - watched the recap and I am ready to go!

Installed it for the 5th time I believe (replayed it again after the Syberia 1 CP ), so also ready to go. And - strange - still looking forward to it (and my memory isn’t that bad ;-))

This will be my first time making this journey.

I unfortunately still remember almost all the details, which I guess is an advantage for leading the playthrough though.

Installed, watched the recap and ready to finally finish this game.

Part 1: The Good, The Bad and The Cute 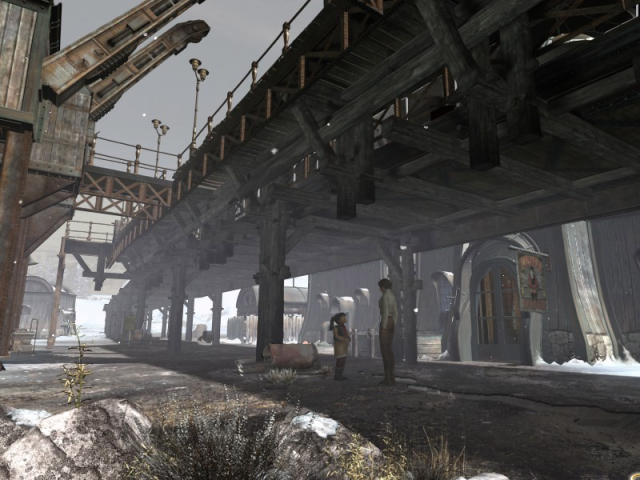 It is with great pleasure, that I can finally give the starting signal for the community playthrough of Syberia 2.

Our journey starts in the rustic village of Romansbourg. By now you probably now the drill, the springs on the train needs to be winded up before we can continue the journey, fortunately Hans has been here before and have installed a train spring winding mechanism, so no problems here .. Well, we might also need some coal for the heaters .. and perhaps some warmer clothes for Kate, but surely nothing but a quick uneventful pitstop on our journey

You have one week until Sunday evening the 23th of August (cet) to complete the first part, and you should stop as soon as you get inside the monastery. 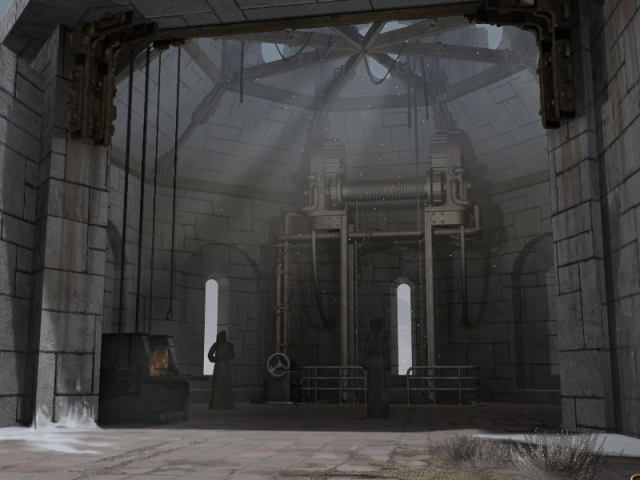 Stop when you get to this scene!


Since the Syberia games are famous for their beautiful graphics, I encourage all of you to make some screenshots and post your favourite shot(s) from each part, try to keep them as spoiler free as possible though.

Also remember that puzzle descriptions or story spoilers should be posted in spoiler tags, so you don’t spoil anything for the participants that haven’t played that part yet. And for the many that have played this game before, don’t talk about the parts we haven’t reached yet, not even in spoiler tags.

Finally, even if you don’t feel like you have anything else to say, please post when you have completed a part, so I can make sure that everybody is onboard and no one is left behind on the train station.

No reason to delay this any longer, so start playing and have fun!

Personally - I find the graphics of this game to be as good as the first one - very jaw dropping. After all that happened in Syberia 1 I have to wonder what I’ve gotten myself into with this new adventure I find myself on.