Review for The Eyes of Ara

Part of achieving iconic status is that there is no shortage of followers looking to replicate your success even well after the fact. This certainly applies to Cyan’s best-selling adventure Myst, which has become a household name since its debut more than two decades ago. Many imitators have come and gone since then, some more impressive than others. The latest in that long list is 100 Stones Interactive’s The Eyes of Ara. The Kickstarter-funded game takes the familiar Myst formula yet manages to stand on its own legs as a distinct experience. Although sprinkled with some frustration, it offers immense satisfaction as it puts players through their paces with its wickedly difficult puzzles, particularly in its final stages.

Though its technology clearly places it in contemporary times, the game manages to achieve a bit of timelessness due to an extreme sense of pervasive isolation. The story starts with a strange radio static interference signal being reported, issuing from a great abandoned castle. Players take on the role of the technician dispatched to the location to find and silence the source of the signals. Told through letters and journal pages found around the castle grounds, the plot begins going down a haunted house path, but soon abandons this premise in favor of something a little more sci-fi. It centers around the former owner of the castle, the scientist and researcher Professor Sterling, who disappeared mysteriously after a visit by his sister, niece, and nephew. Though the story provides some impetus in its first half, its change in direction and an ending that fails to wrap up its plotline mean that its main purpose is to serve as a backdrop for its fiendish challenges.

The presentation will be immediately familiar to players of Myst-style games. Though the unseen protagonist is locked into static locations, you are given the ability to rotate a full 360-degree circle in each scene, as well as look up and down. Clicking on objects and points of interest will let you interact with them, sometimes switching to a close-up view. Navigation similarly occurs via mouse-click; once a door is unlocked or a secret passage opened, clicking it will move you directly into the next room, hallway, etc. Without a map even for guidance, players must form their own sense of direction within the castle. Thankfully this is usually very intuitive, though one can certainly get turned around a few times when backtracking large distances. Before long, though, each path ends in a dead end, so it’s only a matter of trial-and-error to get back on track. 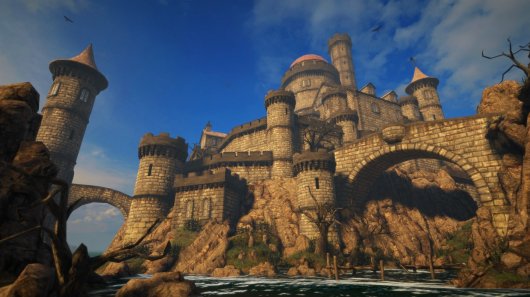 The realistic graphic depictions of the castle interior work well and are filled with detail. The floors are adorned with ornate rugs, while bookcases filled with books, suits of armor, and decorative shields still clash against the bare-brick walls of the structure. Elsewhere, the canopy beds, tiled bathrooms, and cozy studies with cluttered desks provide that eerie just-lived-in look to the deserted castle that can stand hairs on end. Pretty outdoor vistas and gorgeous landscapes typically featured in similar games are rarely found here, save for the opening cinematic.

Animation is pretty much restricted to moving levers, gears, and other parts of machinery, with one important exception. Shortly after entering the castle proper, you will encounter several mysteriously sentient orbs of light which flit and zoom from room to room, sometimes perching expectantly on a door or mechanism, silently guiding your progress through the castle and urging you on. Though they never have a direct influence on the puzzles in your path, their existence ties closely into the story notes and pages found throughout the castle, and plays an important role in the game’s lore.

In between searching for journal pages or any of the optional collectibles like photographs and coins, The Eyes of Ara does its level best to hinder your progress with an avalanche of puzzles, many of them difficult. The types of puzzles are as varied as the thought processes needed to solve them. Some require you to simply collect and use the appropriate inventory item, while others can be directly manipulated, like rotating tiles to create a portrait. But a great many puzzles aren’t quite as direct in their solutions, and this is where the game truly excels. 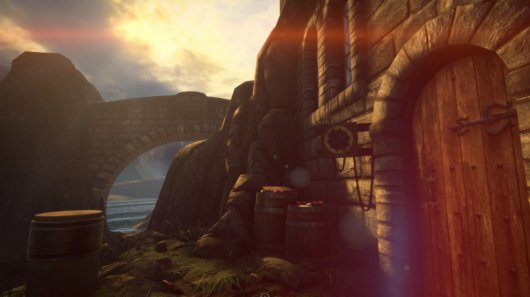 Operating certain pieces of machinery or opening up locked boxes first requires figuring out their mechanisms. This, in and of itself, sometimes constitutes a quite formidable challenge. And knowing how is just step one; harder is knowing what to do with that knowledge. For example, actually using the slideshow projector in the planetarium is easy, once it has power supplied to it: it’s a simple one-button remote that advances the slides. But what do the resulting images of constellations mean? The castle is absolutely stuffed with multi-level obstacles like this, offering a whole lot for puzzle nuts to dwell on.

Completing the game is reserved for those able to solve many of its hardest puzzles and willing to endure a few rather unfair pixel hunts. This despite the fact that some puzzles are actually optional, and hints for each puzzle are scattered throughout the castle, although sometimes harder to find than the puzzles are to solve. Surely designer Ben Droste (who created the game largely by himself) thought himself benevolent when integrating puzzle clues into journal pages or scrawled on random notes tucked into the keep’s deepest recesses. But the lack of a recording system in which discovered notes and clues are catalogued means that unless you furiously scribble your own notes along the way, not only will you have to backtrack to reread clues once you’ve found the puzzles they pertain to, but you may have already forgotten where you found the clue in the first place. Re-searching every nook and cranny for an obscure note or drawing does not make for an incredibly fun time. The omission of more user-friendly features could constitute a serious design flaw, depending on whether you consider having to keep a notepad close by is an asset to an adventure game or a drawback.

The Eyes of Ara is broken into three main chapters, as well as an introduction and an epilogue. Each section takes place in a separate part of the castle, like its library, laboratory, etc. Interestingly, the puzzles – along with the items necessary to solve them – are contained within their respective sections. So items carried in inventory in the castle’s living quarters, for example, will be there every time you enter the living quarters, but will disappear when in another section of the castle. 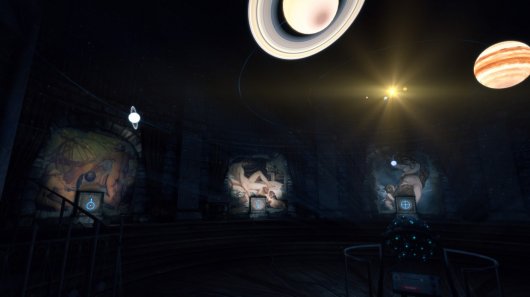 As the way into each new section is unlocked, puzzles grow more challenging. Though early tasks are more than surmountable, those towards the end require spending time with disciplines like astrology and numerology. After completing the last numbered chapter, I thought finishing the epilogue would be a simple matter of wrapping up the story, but instead I discovered that not only did I still have one of the hardest puzzles in front of me, I was also required to go back through the other sections of the castle, completing a good many puzzles I had previously abandoned.

This was an odd design choice for what, up to that point, had been an invigorating mental exercise. Generally, an epilogue ramps down an intense experience that has already reached its zenith, but in this case it felt as if the game’s true ending was deliberately locked away behind a wall of its toughest puzzles. I didn't mind, as most of them were a joy to twist and turn around in my mind in bed at night, thinking of new ways to approach an especially tough nut to crack the next day, but it’s rather unlikely that many players will be prepared to see the game through to the end without some serious help along the way. It’s not surprising, then, that finding my way to the final credits came with a hefty sixteen-hour price tag. 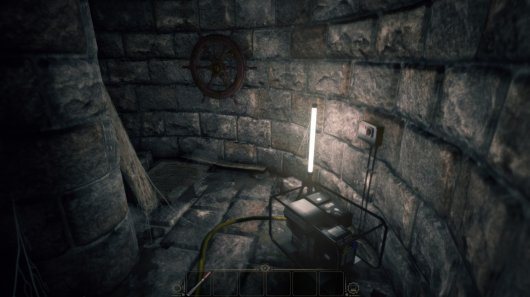 When spending so long working out solutions to the many puzzles presented, it’s important to have the right mental stimulation in the form of calming music, or perhaps something more thrilling when investigating the castle’s supernatural history. Sadly, the musical score left me rather unsatisfied. Sure, there were tunes woven almost into the game’s subconscious, easily ignored when they were there, but there were just as many times that there was no music at all, only the silence of empty halls and rooms. After the grand musical swell in the game’s intro cinematic, it was sad how little attention it received throughout, just kind of “there” at times but rarely very noteworthy.

Even with a lackluster musical score and a story that starts mysterious but somehow ends up missing its mark, The Eyes of Ara is still noteworthy in how well it executes its Myst-inspired, puzzle-centric gameplay. Up until its very last minute, the game is a mental uphill struggle that will relentlessly test its players. Those new to the Myst formula will find an intriguing collection of challenges, while those accustomed to this style of game will find familiar thrills served up in a more self-contained, secluded location than we usually get to explore.

The Eyes of Ara is available at:

Dishing up triumphs and frustrations in equal measure, The Eyes of Ara is a game no puzzle lover should miss, while story-driven adventurers should consider themselves sufficiently warned.

GAME INFO The Eyes of Ara is an adventure game by 100 Stones Interactive released in 2016 for Android, iPad, iPhone, Mac and PC. It has a Illustrated realism style, presented in Panoramic nodes and is played in a First-Person perspective. 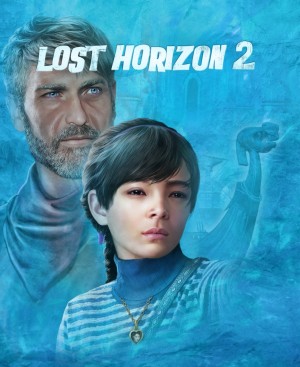