One of the more fascinating games discussed at the recent gamescom in Cologne was a 'transmedia' concept explained by Djamil Kemal from Lexis Numérique, who in cooperation with telecom provider Orange are developing a multimedia mystery experience called Alt-Minds. Never one for traditional adventures, the French developer has returned to the basic idea behind In Memoriam: communicating with game characters in real time and finding websites that are connected to a mystery, with multiple layers of depth adding to the experience.

In Alt-Minds, every player decides how deeply involved they want to be involved in the paranormal thriller. You can simply watch as events play themselves out on video channels, exchange emails with other characters or even become a character yourself. The game will start in Europe (Germany, Great Britain, Spain and France, to be exact) in November, and last eight weeks, but it will be rebooted several times on other continents, fully localized, as well as repeat in each existing territory. A second season is planned if the game is successful enough. 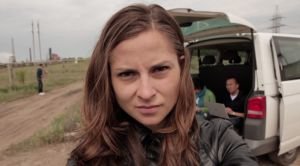 The story is as follows: A group of students have disappeared from the Belgrade University during a trip in the Ukraine. They were all involved in research for the same foundation, and it is believed they have been abducted in connection with that project. In the hopes of getting more results faster, the foundation decides to request the help of the general public in addition to the official police investigators. You are of course a member of the public, and it is entirely up to you what you do to help find the students.

A special app that can be accessed via your browser on your computer, smart phone or tablet assigns tasks each day in the form of a detective contacting you with information. This will happen between 5 and 11 pm each day, and an example of what you could receive is a video of a suspicious van leaving the area where the students were last seen, as observed by a security camera. Using the app, you can zoom in on the license plate and start your investigation. Another task may be looking for a specific person on Facebook, where you can actually interact with them (or not, as social media is entirely optional in this game).

Some of the puzzles will be logical in nature, and can be solved with Google, Google Maps, Street View and similar websites. Others will require mathematical or historical knowledge, or proficiency in a specific language, but there will also be opportunities to go out and find locations in real life. You might, for instance, get a message that one of the investigators is in a city near you and has a physical clue. If you go out and meet him, you might even be filmed in a video that other players will see. At other times, something might happen if a certain number of players gather in a specific place. If the number is not met, something else will happen, so every player in their own way influences the outcome of the story, in some big or small way. 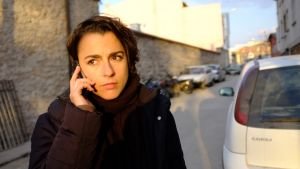 If you give your phone number to an 'investigator', they may send you a text message or actually call you. If you 'friend' someone on Facebook, they will become your friend and interact with you (due to careful planning and clever deals, the 'fake' profiles and websites will be indistinguishable from 'real' ones as they will have existed for several years and have actual real-life people as friends). Some of the videos and websites have already gone 'viral' beyond the developers' control and have caused concern among people who believed them to be real. As the game uses a mix of real historical but hard-to-believe facts and fiction, it can be very hard to know just what was invented or planted and what is the truth. Just in case some perv tries to use that somehow for their own personal gain, there will be a blog where you can check what sites belong to the game and which facts are actually true.

If you do not want to give away private information, you will not be called or texted but you can still interact in several ways. It's even possible to just watch the fictional characters solve the mystery in the summary videos every day, as if they were a kind of TV series. The first week will be completely free of charge, and if you wish to continue playing the cost is 3 euro per week (should you decide to pay for the whole 'season' at once, it will be less than 20 euro). You will need an estimated 10 to 60 minutes per day to solve the puzzles.

The developers promise that clues have been spread all over Europe. Not just in big cities but in small villages as well, to give everyone the chance to participate. There is no need to worry if you can't play every night for eight weeks straight either, as there is a 'catch-up' feature that shows yesterday's events in a video, or you could just put playing on hold for a few days or a week until you're ready to resume (though in this case you do need to be careful about spoilers, as you would then be a few days behind the rest of the world, plus you wouldn't be able to join in the real life events). 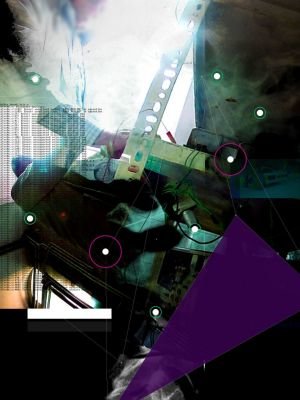 Every puzzle in the game is optional. The game's interface keeps track of which sites you've visited and whose profiles you've researched, and you gain something like 'xp' (experience points) from completing your assigned tasks and solving the puzzles. For some puzzles, if you take too long or are on a totally wrong track, you will receive additional clues in your mailbox after a few hours, from fictional co-players or the investigators (these can easily be ignored if you want to solve them on your own). The puzzles are said to be a little bit easier than those of In Memoriam's sequel. Alt-Minds is essentially a solo game, but there will be opportunities to collaborate with friends who play the game as well, and a Hall of Fame will list players who have participated in some special way or achieved a certain goal.

The idea sure sounds fascinating, but I can't help but wonder how many people will want to invest their time every day of the week, eight weeks in a row. The potential audience is huge, however, as you don't need to buy anything to get started and an internet connection is enough. With total freedom of platform, anyone with online access can join, but once the free week is over, will there be enough people left to let Lexis Numérique and Orange make good on their investments? More than 100 people have been working on this game for four years, so there's a lot riding on the success of this very ambitious project.  Its launch is a couple months away, but to learn more about Alt-Minds in the meantime, check out the game's Facebook page and blog site for details. 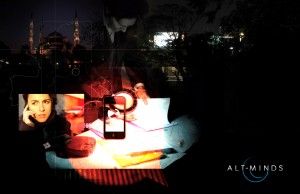