We get a small commission from any books sold.
All Bitmap Books
Written by
Heidi Fournier — August 9, 2010

As if pursuing criminals wasn’t enough of a challenge, Nancy Drew adds tornado chasing to her repertoire in her 22nd PC adventure, Trail of the Twister. P.G. Krolmeister, maker of all sorts of meteorological equipment, has hired Nancy to help a team of storm researchers who have been experiencing a suspicious streak of back luck. This could really hurt their chances of winning the $100-million Green Skies Storm Competition for the best twister predictions. Scott Varnell, an Atmospheric Science instructor at the financially-strapped Canute College and the leader of the research group, is worried that if the team doesn’t get the data they need, there is a good chance they won’t be around next year. Nancy is brought in to figure out who’s been sabotaging their efforts, and while it seems pretty clear who it is early on, the game does keep you a little off-balance until the end. Then again, you’ll spend far more time playing an undercover summer intern than an actual detective this time around.

After reading her latest case file, Nancy takes off for Oklahoma to join the Canute Storm Chasers at their research farm. As one would expect in an area known as Tornado Alley, there is quite a bit of inclement weather awaiting. As she pulls in, she sees a twister tear through the fields close in front of her, while wind and rain lash her car as lightning flashes in the dark skies.This view is accompanied by some excellent sound effects, creating a very solitary feeling of helplessness, fear, and foreboding that I wish had been sustained past the first few minutes, instead of giving way to a twangy Grand Ole Opry soundtrack that’s too upbeat to create any suspense after that.

When the winds die down, Nancy does some preliminary exploring of the farm and barn, then heads into the farmhouse to meet the team’s leader. Scott is abrupt, rude, loves to yell – usually at you – and could use an intense course in how to win friends and influence people. He is barely civil to Nancy, whines about his bad luck and blames everyone else for his problems. Debbie, his assistant, seems to have almost no interaction with her boss at all. She is very upbeat, always telling Nancy to ‘have fun’, but she can’t be having much fun of her own working for Scott. You’ll also meet up with Frosty, the team’s resident photographer and de facto documentarian, and Chase, who seems to be in charge of anything mechanical and comes off as a good ol’ boy. Down the road, Pa is the cagey proprietor of Ma and Pa’s Store, and is the most finely detailed character of the lot, from the wrinkles and fly-away hair to the gingham shirt and overalls. As is usually the case with Nancy Drew games, the voice work of the whole cast is above average, with convincing acting all around. 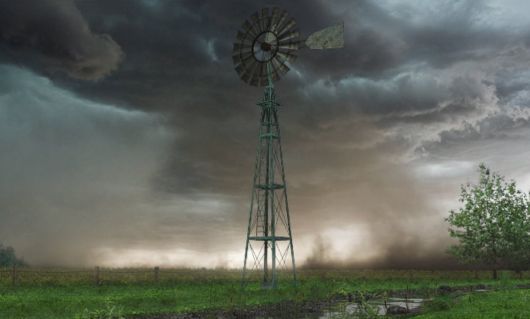 Despite the potentially dangerous nature of the assignment, most of the game is reminiscent of normal summer jobs I’ve had. There is some initial tornado studying to do that feels a bit like homework, and a couple of simulated close encounters in the field, but in general Nancy is the team’s errand girl who gets to do all the jobs no one else wants to do. If it’s broken, you get to fix it: the phone jack, the Doppler machine, the car’s transmission. If it needs to be fetched, you get to hop in the car and motor to Ma and Pa’s to get it. If something needs to be taken somewhere… well, you get the idea. This is the biggest obstacle to deriving full pleasure from Trail of the Twister, since when you boil it down, it feels like Nancy is doing far more chores then sleuthing or storm chasing. My favourite Nancy Drew adventures are those that have her actively on the case, prowling around at night, snooping into other characters’ affairs. This Nancy just seems to do what anyone assigns her to do like a good little helper.

Amidst all this running around, many of the challenges come from standalone puzzles. This game is full of them: there’s a valve puzzle for channelling water to the cornfield sprinklers, a TV pattern reproduction puzzle, and an automotive gear-arrangement puzzle, to name just a few. Most of these puzzles use straightforward logic and you are always given the basic rules to solve the task, like a filing puzzle where you need to figure out the order based on a series of symbols and an outline of where each symbol sits in relation to another. A couple of puzzles are more complex, requiring you to gather knowledge from a number of sources, like when Scott asks you to take care of the farmhouse mouse problem. This may sound basic, but you must first identify all the spots the mice have been congregating, finagle a trap from Pa, then capture and transport them to the hillside spring house. Should you get bogged down with any of your tasks, there are usually some handy clippings, dropped papers, or notes left around to help Nancy figure out what to do or where to look next.

Trail of the Twister uses the same interface as the previous two games, with no notable differences or improvements that I could find. There is still some choppy 360-degree panning in some scenes, but this is very limited, with most scenes offering only fixed slideshow-style turns. However, you do have to move around more from one location to another. Good thing you brought that car. Whenever Nancy leaves the team’s home base for a secondary destination, she drives. You and your trusty automobile have no problem getting from place to place, as all the game’s locations are connected by a road system. This is performed through a top-down view in which you click an icon of Nancy’s car to direct it down your road of choice. Luckily, the car comes with a GPS system, so you can input where you are and where you want to go, and it plots out a course automatically. The course is easy enough to follow, but I often had to stop the car and jump back to the GPS view to get my bearings and note where to turn. All this driving might seem repetitive, but I never found it so because it often went by so quickly. What I did find challenging was not hitting some of the other traffic on the roads. Guess my hands aren’t as steady as I thought! 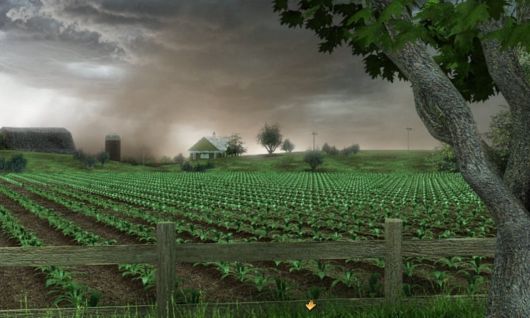 The graphic design is the same as the last few mysteries, with maybe a little fine tuning done to the character modeling. The problem is that most of the things you are looking at this time either aren’t that interesting or are too small for much exploration, such as the inside of the barn, a windmill, and a theatre. Of course, their function is not to awe but to create a believable environment for the narrative, and they do succeed in this. As with many Nancy Drew games, this one has a number of small but nice animations. Highlights here include rippling streams, gophers running amuck in the corn crops, and mice scooting along the baseboards of a wall. In the middle of the game, there’s also a nice cutscene of a tornado ripping apart a barn as it sweeps through the plain.

As with previous games, there are once again two difficulty settings, Junior and Senior detective, and you can die at various points, though there is always an option to retry. You still have your trusty cell phone and can phone Bess and George if you like, or refer to your handy notebook for hints, although I never felt the need to do either since the game is pretty straightforward. One thing that differs from some games in the past is the lack of any timer to schedule your sleep time. Instead of manually setting an alarm clock to progress to the next day, in Trail of the Twister Debbie simply tells you to call it a day and hit the sack. You don’t have to do it right when she says, but as soon as you head up the farmhouse stairs, you’ll go to sleep and seconds later wake up the next day to do more errands.

I thought the idea of working with a storm chasing team was a great premise, but not enough was really done with it to hold my interest throughout the game. Rather than tracking tornados, all too often Nancy gets to file and perform other menial errands instead. It suits the role of an uncercover intern, but Her Interactive missed an opportunity to give players a tenser, more thrilling game. As for solving the mystery, the characters are fairly diverse but only Scott and Pa are very interesting to interact with, and though everyone acts suspiciously now and then, the culprit seems pretty obvious. I completed this game in about 12 hours, and during that time I encountered a number of puzzles that I enjoyed (and blessedly no reflex-based minigames), but that doesn’t totally conceal the fact that they feel like the chores they are. Maybe that was the idea all along, as this summer job is satisfying in the same way as redecorating your house. It takes a lot of work, and there is great pride in the final product, but you certainly wouldn’t want to do it every year.

Instead of chasing tornados in Trail of the Twister, Nancy spends most of her time running errands, but they do present a nice variety of challenges. Too bad most of the mystery got sucked away in the process.

GAME INFO Nancy Drew: Trail of the Twister is an adventure game by HeR Interactive released in 2010 for Mac and PC. It has a Illustrated realism style and is played in a First-Person perspective.

What our readers think of Nancy Drew: Trail of the Twister 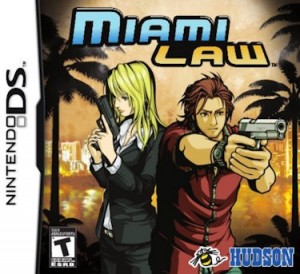