Our formative teenage years can be a time to forge close friendships, but unfortunately for some they can also be a painful struggle caused by bullying. Both the highs and lows of growing up will be front and center in OMEGA: The Beginning, a three-part episodic adventure by indie developer Monkeys Tales Studio that has just debuted on PC.

The opening installment sees players control an "irreverent teenager" named Scott, who "finds himself desperately searching [for] Teni, his best childhood pal." Teni is a "spirited teenager with a passion for murals who lost his right leg in a road accident." Though his injury was not your fault but rather "the result of unfortunate chance," Teni's crippling loss leaves you feeling "profoundly duty-bound" to help him. However, while "tracking down your friend ... you will soon discover that a mysterious figure lurks in the darkness, scheming dangerously behind your backs."

Controlled by keyboard or gamepad and presented in a distinctive visual style that "combines traditional graphics and voxel elements," OMEGA will task players to "look after Teni and to indulge his requests," solving a variety of riddles that require "all your cunning" along the way. Over the course of the three games, each of which is expected to take about 90 minutes to complete, an "intense friendship will unravel on screen, leading to a totally unexpected epilogue."

The first episode of OMEGA: The Beginning has been released on Steam for Windows and Linux, and a demo is available if you'd like to try before you buy. The trilogy's second installment is due to arrive sometime next year. 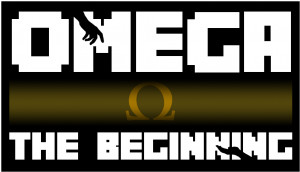