TOHU angling towards March release on Windows and Mac

You'd think life on a "fish-planet" would be as serene as it gets, but players will have their work cut out for them to keep it that way when indie developer Fireart Games releases their debut adventure TOHU early next year. The game's setting is a "small distant world floating in ether," where a little girl conceals a secret: she can "turn into a Cubus - her alter-ego, who can carry big things and make big deeds." The two live peacefully in their cozy little home, until one day "someone breaks the Sacred Engine" that serves as the "heart of the fish-planet." With its destruction, "all living beings are in danger now and our brave friends decide to start their journey to find someone who can fix the Engine and save [the] planet from dark chaotic terror."

Presented in a lovely hand-painted art style that blends organic and mechanical elements, TOHU is a classic-styled point-and-click adventure that promises nine distinct locations to explore with 3-5 scenes in each. These colourful environs are populated by "dozens of obscure creatures" to interact with, as well as a variety of puzzles to solve that should take up to 7-8 hours to complete. To do so, players will need to utilize "unusual mechanics" that the developers claim we will have "never seen before" along the way.

A precise release date has not yet been scheduled, but TOHU is on track to be launched on Steam in March 2020 for Windows and Mac.

KEEP ME UP TO DATE ON TOHU Subscribe to our newsletter and we'll keep you up to date! 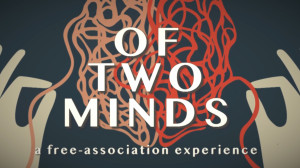 Track down Jack the Ripper in 1888 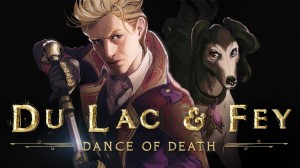