Alimardan doubles down on mischief with two Steam releases

Ali Mardan has been a very naughty boy... which is a very good thing for us, as not one but two of the young lad's misadventures are available for download now on Steam. Both games, created by Iranian developer RSK Entertainment, share the same hand-drawn stylized artwork, traditional point-and-click interfaces, and a variety of scenes to explore, characters to interact with, and puzzles to solve.

Alimardan's Mischief stays fairly close to home, a "cheerful" game in which "naughtiness goes hand in hand with goodness and kindness, damage coexists with making amends, and a world of virtue is gifted in exchange for the occasional bad in the world." The protagonist has "driven everyone nuts with his shenanigans"  like "messing the kitchen, putting banana peels on the floor, and poking chickens," and it soon becomes clear that atoning for one's misdeeds is a whole lot harder than committing them. Originally launched (under the ominously mistranslated title Alimardan's Mischiefs) only on GamersGate back in 2011, the current version released on Steam has been updated with improved localization.

In its Steam-exclusive English language debut, the sequel Alimardan Meets Merlin sees the young protagonist venturing a whole farther out in both time and space. Having failed to fully learn his lesson the first time around, Ali Mardan misbehaves aboard a spaceship bound for the moon, and in the process finds himself sucked into a black hole and into a fantastical version of the Middle Ages. Here he quickly discovers that " Merlin, the great wizard of Britain, has gone to fight the wicked Morgana, without leaving any trace." With the Wizard of Oz now in control of the city, the boy "passes himself as the Wizard Baby of Oz" and sets out to "solve the mystery of the missing Merlin, the curse of the wicked Morgana, and of course bringing Excalibur to King Arthur…" 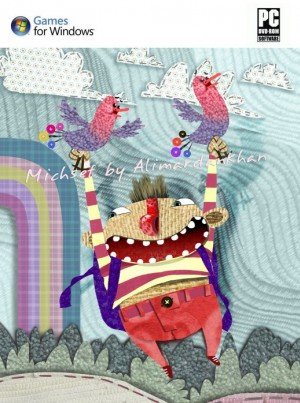