There’s been another Murder in Tehran’s Alleys

Poor Tehran, the city that just can't keep its alleys safe. To be fair, most big cities can't, but the Iranian capital keeps having its serial killing sprees made into adventure games. The first was 2013's Murder in Tehran's Alleys 1933, which is back in the news with an updated re-release, and now there's a murder mystery sequel out called Murder in Tehran's Alleys 2016.

As its title suggests, 2016 is a modern-day sequel starring the grandson of the original protagonist. The game focuses on the crimes committed by Jamshid Farrokhi, a crystal meth addict. While badly hallucinating under the influence of the drug, Jamshid "ruthlessly kills his whole family – his wife, 12-year-old daughter and newborn son." Upon sobering up, he realizes the heinous acts he has committed, but rather than turn himself in, he "decides to avenge those who were responsible for his decadence and for turning him into a human less worthy [than] an animal." Not only does he savagely murder anyone he deems guilty, but he records the "unimaginable violence" inflicted upon them and the "heartbreaking" confessions of his victims. Assigned to investigate the case is 32-year-old detective Faramarz Afshar, who soon finds himself caught up in "the most difficult challenge of his life."

Described as a "tribute to David Fincher’s Se7en," Murder in Tehran's Alleys 2016 follows in its predecessor's footsteps in presenting a traditional third-person, point-and-click adventure. Promising a wide variety of environmental obstacles and more than 15 minigames to complete, players will also encounter 34 different characters to interact with across more than 25 locations. Along the way, there will be many documents to find and read, a user-friendly PDA to use, and 25 minutes of motion comic cinematics to drive the story forward. All this is expected to add up to over five hours of gameplay.

But 2016 isn't the only Tehran alley news. The first game, though stylish and authentic to the culture (no surprise as the developers hail from Iran), was beset by crippling translation problems and bugs, turning an otherwise promising game into an exercise in frustration. Fortunately, 1933 has been updated and re-released with improved translation and performance fixes, plus reworked puzzles and redesigned in-game documents, promising a much-improved gameplay experience. 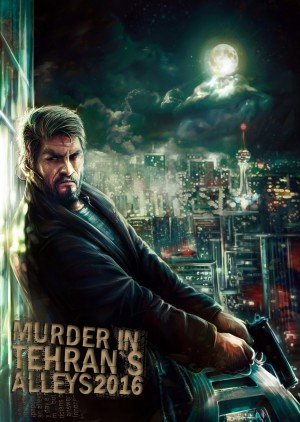