Amber’s Blood demo seeps out a month before release

This time around, Carol's longtime friend Stina has an accident while investigating a curious discovery about her grandfather's death. According to an obituary, apparently he didn't die until many years later than she was led to believe. Now injured, she asks Carol to look into the matter further, and like any good amateur detective, Carol gladly accepts. But what she finds is that "Stina's family history is darker and more twisted than either Carol or Stina could ever have imagined."

The demo takes place right at the start of the game, with an optional tutorial available before launching into the adventure proper. There are several places to download the nearly 100 MB sampler, with links listed at the official website.

Amber's Blood is currently on track for release sometime next month. 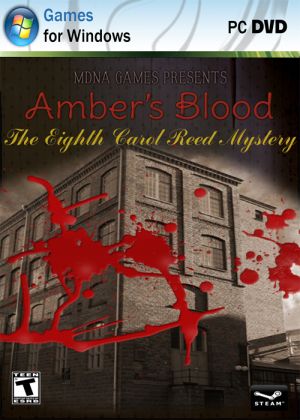