Putting the "wag" in scallywag this summer will be Gaius James Rover, the canine star of Jolly Rover, a new 2D pirate-themed adventure announced today by Australian developer Brawsome.

In Jolly Rover, players control the 18th century protagonist on a quest to start his own circus (hopefully not a flea circus) across three tropical islands. It sounds simple enough. After all, what could go wrong on a quest that's "hampered only by pirates, villains, voodoo, love and considerable lack of loot." Okay, maybe a lot.

Jolly Rover will be the first full-length commercial adventure from Brawsome, the small indie studio whose previous credits include the freeware title Just Another Point n Click Adventure, plus work on Emerald City Confidential and Avenue Flo. Although influenced by the early Monkey Island adventures, Jolly Roger was originally conceived before the latest influx of piratey adventures, and has been in production since summer of last year.

While no firm release date has been announced yet, Brawsome is currently targeting a release through digital distribution in July 2010. For more information about Jolly Rover, be sure to check out the official website. 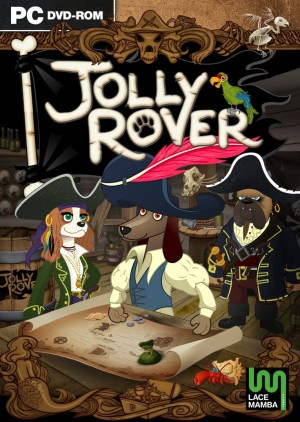