When Tales of Monkey Island began earlier this year, the episodic series resurrected a franchise many believed dead. With today's release of the season finale, Rise of the Pirate God, the series itself undergoes a little resurrection, but you'll have to play it to find out how.

The fifth and final episode of the season picks up where the shocking end of the previous episode left off. Having survived a variety of trials in pursuit of a mystical sponge that would rid the world of the pirate pox he himself unleashed, Guybrush's moment of triumph is abruptly ended when a "resurgent LeChuck deals a mortal blow to the heroic mighty pirate." Now Guybrush faces his most deadly challenge yet – literally.

Rise of the Pirate God can be purchased as part of the full season series for PC, or as a standalone episode directly from Telltale. As with the previous episodes, the season finale will also be releasing on WiiWare in the coming weeks. 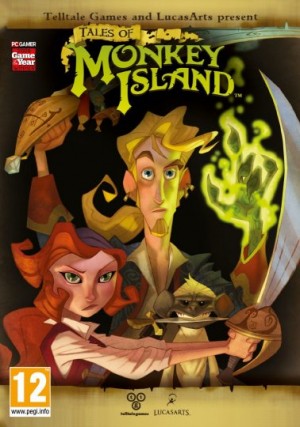 See all games in the Monkey Island series