High seas adventure has even reached the Nancy Drew series this summer, as Her Interactive today released the official demo for the new mystery Nancy Drew: Ransom of the Seven Ships.

The 20th instalment in the popular series sees Nancy Drew in the Caribbean with her best friends Bess and George, but disaster strikes when Bess is kidnapped. It’s not only Bess that’s missing, though, and it’s up to Nancy and George to recover a lost treasure on an adventure that will lead across their tropical resort island and beneath the waves around them.

The demo kicks off near the start of the game, depicting Nancy’s arrival on the island as a distressed George (seen for the first time) fills Nancy in on the kidnapping and gives her an unusual ransom note with a particular list of tasks to accomplish.

Nancy Drew: Ransom of the Seven Ships will be available on July 14th, but for those who want to investigate sooner, the demo is available from the official website (in the “Download Demo Games” section in the bottom right corner), along with a playable minigame from the full title. 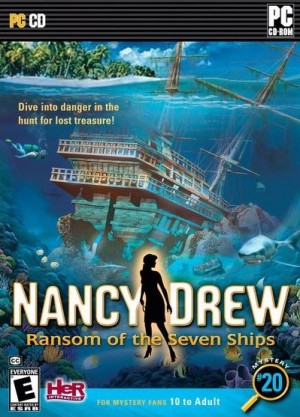