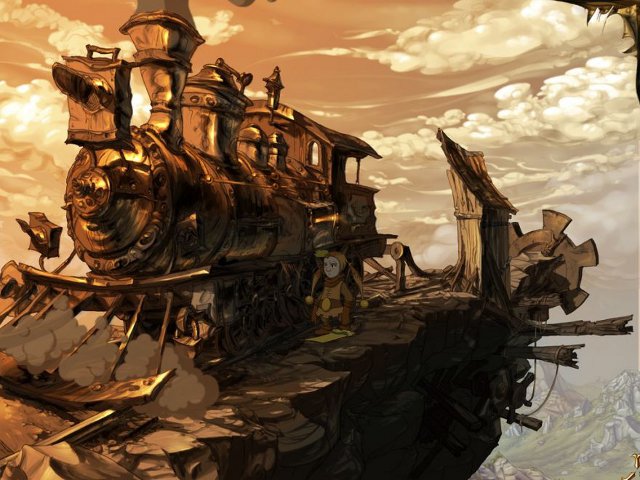 I hate Sadwick with a passion and it will be a long while before I replay The Whispered World (if ever), but that game sure had great graphics.

Well, I loved Sadwick, Spot, the rest of the characters, the story, the graphics, the humour, the music and TWW in general with passion and I consider it one of the best adventure games of the decade (if not one of the best of all time). A true classic masterpiece that I will soon replay for the Xth time. It is still considered by far the best adventure game of Daedelic in an older poll on this site. Everything is in the eye of the beholder it seems….

Beautiful game. I enjoyed it, too.

Could easily slip through as a golden age adventure.

It is still considered by far the best adventure game of Daedelic in an older poll on this site. Everything is in the eye of the beholder it seems….

Oh yes, absolutely. Having heard about this new great company called Daedelic a few years ago, I first tried TWW and then A New Beginning. I wasn’t impressed at all. Nice graphics but there was not much else there to interest me.

Just as I was about to dismiss Daedelic entirely as being not for me I gave them one more try with E&H and Deponia, both of which I loved. For some reason their comedies resonate with me in a way their dramas don’t, and comedy games are not usually my thing.

The Whispered World is one of the best adventures since the 90’s for me. I really love it.

I wanted to write something nice about TWW, but since everybody praise it - I won’t.
“Whenever you find yourself on the side of the majority, it is time to pause and reflect.” 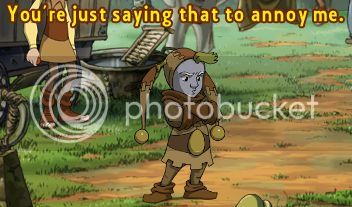 I’m surprised by all the positive comments. I seem to recall people disliking TWW, especially Sadwick’s character/persona/voice. I found his melancholy to be endearing.

Most people like it in general inm8#2.
Apart from the 2010 Aggies Best game award (Reader’s choice),
have a look here as well: http://www.adventuregamers.com/forums/viewthread/622

Specifically for Sadwick’s character/persona/voice, I do remember the complaints as well (I disagree BTW). However, Sadwick was the reader’s choice for Best character in 2010 Aggies.

I also disliked Sadwick, I even hated him but I really loved the game as a whole. It’s the most beautiful game I’ve seen in the recent years. I was literally standing and doing nothing but gasping at the world around me. I also loved Spot and all his reincarnations which refreshed the gameplay in a nice way.

As for Sadwick, it’s not that he’s a bad character. I (and other people who didn’t like him, I guess) just prefer to play with a character I can look up to. To play with the “no-body-likes-me-but-I’ll-show-them-some-day” type of person is just not inspiring for me and let’s say it’s not the most original concept for a main character. When you add his constant whining and the english voice which made that whining even worse… that’s enough for me not to like him

but even that couldn’t ruin the great aftertaste this game left me.

I still have fond memories of a TWW playthrough (the first time I played it). For me it’s a great game with a lot of memorable (and usable, as shown) quotes.

As for Sadwick’s whining: it suits him perfectly and didn’t bother me a bit.
Quite the contrary.