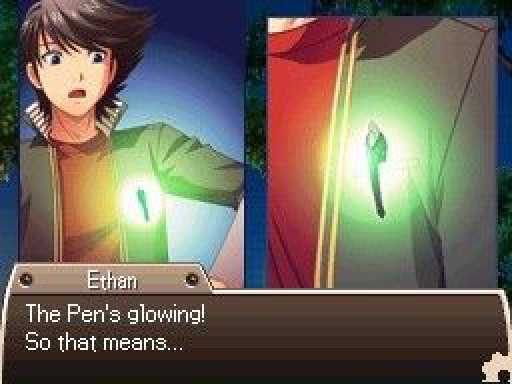 Time Hollow may not have much gameplay, but the story was gripping enough that I played it in a day (pretty much in one session, if I remember correctly), and enjoyed replaying it at a later point.

I remember enjoying the game. It was fun.

Time Hollow is an awesome game. I played it for the first time about a month ago, and was instantly gripped by it.
A few weeks ago, I wrote the following in the Last finished game thread:

Wow, was this a pleasant surprise! This game totally blew me away. It grabbed my attention in the very first minute and made it very hard for me to put it down. Because of that, I finished it in just three sessions.
The prologue had only just started and I already got a glimpse of an alternative ending. I immediately restarted (without acting like a know-it-all this time) to avoid spoilers. But just knowing that there was the possibility of an alternative ending made me even more excited to finish it.
And then I got sucked into the game. The story is really engrossing, the writing is good, and even though there are some minor plot issues (inherent in time-travel stories), these are easily overlooked because all the main characters are very likeable.
Plus the game has a lot of production value: the animation throughout is very good, the voice-acting in the cutscenes is great, and above all: the opening video has a superb theme (which gets repeated as a ringtone, in a mellow version as a sadder theme in the game, and during the end credits).
The game may be very light on gameplay, but with this amount of immersion in the game, I don’t care about the gameplay. In fact, some of my absolute favourite games are more “interactive novels” than actual games.
The only downside is that it’s relatively short, and that you only have one slot to save your game in. And that’s pretty much it.

Time Hollow is now officially n° 4 in my list of favourite DS games of all-time, which is not too shabby. In fact, I liked it so much that the previous game by designer Junko Kawano, Shadow of Destiny, has gotten a serious bump forward in my list of games to play. I’m already looking forward to it…

Another DS title I am supposed to play. Some day…

Decent game. Picked it up as an impulse purchase a few years back. The 3DS library is seriously lacking nice little adventure games like this.