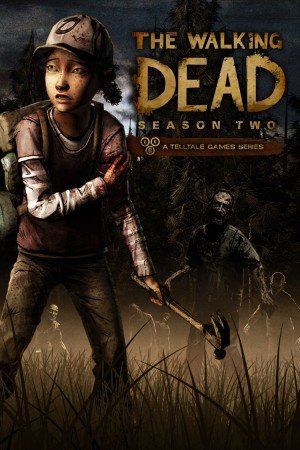 We get a small commission from any books sold.
All Bitmap Books
Written by
Reece Warrender — June 6, 2014

The third instalment of The Walking Dead’s second season is arguably the most disturbing to date, with gruesome death scenes and brutal repercussions for the choices players have to make. Unfortunately, the first half of the episode is a slow plod until it starts to build momentum towards the end, ultimately ending with a terrific cliffhanger that makes waiting for the follow-up difficult.

Continuing on from the last episode, In Harm’s Way starts with Clementine and her new comrades being led into Carver’s establishment in restraints by armed guard. It’s not the warmest of welcomes, and you’ll soon find yourself confined to a small enclosed yard with little beyond a handful of floor beds and a few fellow prisoners.

The episode starts out slowly, content to build dread for the group’s safety in the face of Carver’s increasingly hostile actions. This mostly involves frequent but small dialogue choices for Clementine, with very little actual character control or environmental interaction as you transition from scene to scene. From a troubling situation that sees Carlos forced to physically discipline his daughter Sarah, to brief conversations with those closest to Carver who demonstrate their intimidation and fear, the emphasis in the first half is to instil a proper sense of the danger Carver represents and the ever-constant threat for those who oppose his rule. 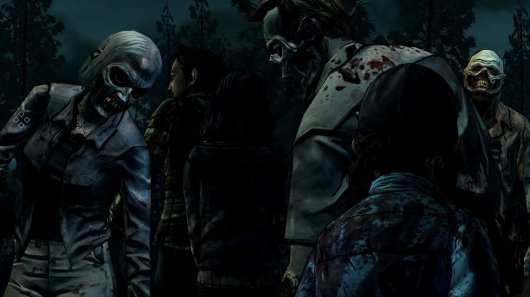 Particular attention is given to the sheltered Sarah, who struggles with the reality of the group’s situation. This is a shining point for the episode, as Sarah continually gets not only herself but the rest of the group in trouble by acting her age, whilst the younger Clementine acts as the group’s pillar, able to overcome the difficulties they face and provide hope for a way out of their predicament. One such contrasting instance has Sarah struggling to perform a menial task given to her, where Clementine is given the choice to step in and assist her, to the detriment of her own progress as a result.

The dialogue options offer a glimpse of the inner strength Clementine has gained over the course of her adventure, often referencing her past challenges and accomplishments. Recurring examples of this can be seen through the interactions between Kenny and Clementine. Season One often exposed Kenny’s selfish nature, but his recent return to the cast in Season Two has shown him to be a warmer character. Throughout Episode Three, there are moments when Kenny looks to Clementine both for support and to take ownership of difficult tasks, which is handled with great care to always keep his ultimate intentions obscured. I found myself struggling to judge his character and eagerly awaited the eventual conclusion to learn if my faith in him was misplaced or not. As it turned out, the closing moments of the episode resulted in a conclusion that I did not anticipate at all.

Throughout the episode, there is once again a sprinkling of Quick Time Events to complement the slower-paced dialogue sequences. These are mostly restricted to aiming and clicking to defend yourself against the zombie hoard, but there are a few that require keyboard (or gamepad) directional presses. One particular event had me frantically shuffling behind a fallen bookcase in deadly peril, but the game failed to recognise my inputs on multiple occasions, resulting in Clementine’s gruesome demise. 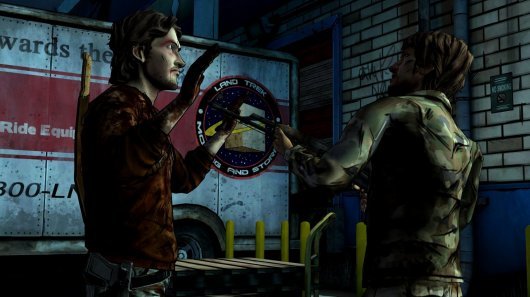 The bulk of the (limited) player control is spent making tough dialogue choices that’ll affect how you are perceived and the potential outcome for the group, though the level of impact can be varied. There’s a small amount of exploration and some minor contextual interactions outside of the critical path, but these gameplay elements are certainly on the infrequent side, a limitation that contributes significantly to the short 90-minute play time.

As ever, the art direction is fantastic, with its graphic novel painterly style. The environments feel overly repetitive this time around, mostly revolving around the drab prison-like yard, but this helps you relate to the grim depression of the group, now largely deprived of sunlight and greenery in the outside world. The audio is also top-notch once again, with music that subtly accompanies the action, never intruding on the immersion. The always-reliable voice acting is stellar as usual, particularly in the case of Michael Madsen’s portrayal as Carver and the much-loved Clementine.

Episode Three: In Harm’s Way allows Clementine to grow into her most dominant role to date. There’s a clear focus on giving Clementine a stronger connection with the other core group characters, particularly Carlos, Sarah and Kenny, but the episode as a whole hits a lull due to the plodding pace and limited interaction. But whilst the episode starts slowly, the scenes leading up to the closing moments ramp up to a climatic finale of unpredictable chaos that Telltale seems to have perfected at this point. It’s hard to gauge where the series will proceed next, as the closing moments leave potential future story paths wide open. I’m anxious to find out, though I continue to hope for a little more player agency in bringing the story to its ultimate conclusion.

WHERE CAN I DOWNLOAD The Walking Dead: Season Two - Episode Three: In Harm’s Way

The Walking Dead: Season Two - Episode Three: In Harm’s Way is available at:

The Walking Dead’s middle instalment begins with an overly long, slow burn, though it gradually builds toward the tense excitement that series fans have become accustomed to.

GAME INFO The Walking Dead: Season Two - Episode Three: In Harm’s Way is an adventure game by Telltale Games released in 2014 for Android, iPad, iPhone, Mac, PC, PlayStation 3, PlayStation 4, Switch, Xbox 360 and Xbox One. It has a Stylized art style, presented in Realtime 3D and is played in a Third-Person perspective.

What our readers think of The Walking Dead: Season Two - Episode Three: In Harm’s Way