Sometimes the greatest feats can be accomplished by the smallest, least likely heroes. Such will be the case in Goldborough Studio's upcoming Yami – or will if the indie developer can secure the necessary funding through Kickstarter to complete the game.

Based on a "mythical eastern fairytale," Yami is set in the world of Ikh Khorig, once a "revered land of spiritual pilgrimage" where travelers could "pay homage to the Ancient Ones and commune with the souls of their ancestors." For those with pure hearts, the realm's "brilliant light would shine out like a beacon across the desert from a great cleft in the mountain wall." But then one day evil in the form of "Akul came, and the light went out." Draining the last of their life essence to cast powerful spells to restrain the darkness, the land's protectors "all perished, their dutiful remains [...] blown away on the wind." Now, thousands of years later, "in the vast windblown dunes that surround the entrance, someone remains. A tiny Little Shadow."

In a game "full of fear, wonder, love, friendship and magic," players control this tiny tattooed shadow character, and by "using your wits, stealth, cunning and puzzle solving abilities you must reach the heart of the hidden kingdom." In order to maintain the enchantments protecting Ikh Khorig and attempt to restore the "great mechanical servants of the Ancient Ones" to life, you will need to learn various magic spells of your own, and along the way you will "encounter a myriad of spirits both good and bad." Presented in black-and-white, third-person 3D, Yami has been influenced by games like INSIDE and Little Nightmares in its use of "a vulnerable hero that utilises stealth to survive." Unlike those games, however, Yami also features "tool crafting (a skill tree spell creating system) and some help from friends" to supplement your efforts.

Goldborough has been self-financing development on Yami since 2017, but in order to finish the game the team has turned to Kickstarter to raise an additional £30,000 by March 17th. If all goes well, we could see the game released on PC by November 2020, with console ports possibly to follow. 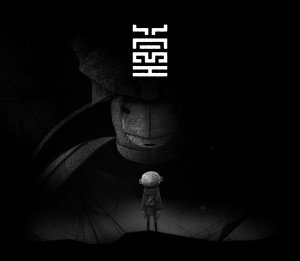