Inner Voices to be heard from this week

Ssshhhh... listen. You hear that? It's the sound of Inner Voices, a new first-person 3D horror game due to release in just a few days on PC.

Inner Voices casts players in the role of John Blake, a man who finds himself "trapped inside a dark dimension." While you know who you are, you can't recall your past, and in your quest to "regain your memories and to figure out what is really going on," all you have to rely on are your wits and "the voice leading you through this haunting realm." As you traverse the "semi-randomised world build from memories of our protagonist, broken and twisted by some dark force," you will need to find clues and solve puzzles in order to piece together the mystery of what's happened to you. But be forewarned, as in this surreal world, "nothing is as it seems to be."

Created in free-roaming 3D using the Unreal Engine 4, Inner Voices has been "designed from day one for both traditional and virtual reality play." With an original setting that has been heavily influenced by writers like Lovecraft, Poe, and Stephen King, each playthrough will include randomly selected locations from a pool of almost 50 to explore, giving the game a rogue-like quality rarely seen in adventure games. Adding even more to the replayability, the "grim story" promises three different endings determined by your approach to solving the game's "logical puzzles with different level of complexity and difficulty" along the way.

You can check out Inner Voices for yourself, as a playable demo of the game is available through Steam. If you like the first taste, the main course is right on its heels, as the full game is due for Windows PC release on May 10th. You can also learn more about the game through its official website. 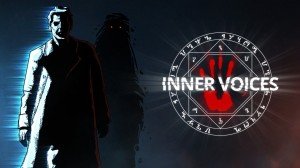