Bayou Island to be born on PC in March

The island names may be different, but the familiar old-school adventuring goodness hasn't changed much from the classic days of Monkey Island to the upcoming Bayou Island from Andy Howard Games.

Bayou Island casts players in the role of a sea captain who finds himself trapped on the eponymous island and is unable to get back to his ship. With the island plagued by "mysterious circumstances", it'll be up to players to help the captain uncover the truth about what is really going on. You'll interact with the island's inhabitants, but questions abound about who to trust and what you can truly believe, so you'll need to rely on your logic and puzzle-solving skills in order to succeed.

The name similarity to Monkey Island is probably no coincidence, as the developer describes the game as being "made with the love and inspiration of the point and click adventure games of the '90s." This is clearly on display in the early screenshots and trailer, which show off the game's stylish graphics, original soundtrack and verb coin-style interface.

Even better than a new classic-styled third-person adventure is the fact that Bayou Island is not far off from release, with a PC launch date scheduled for sometime in March. If you'd like to see it available on Steam, you can support the game's Greenlight campaign in the meantime, and pop over to the official website for additional details. 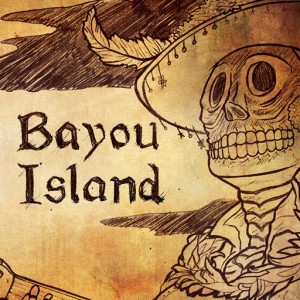