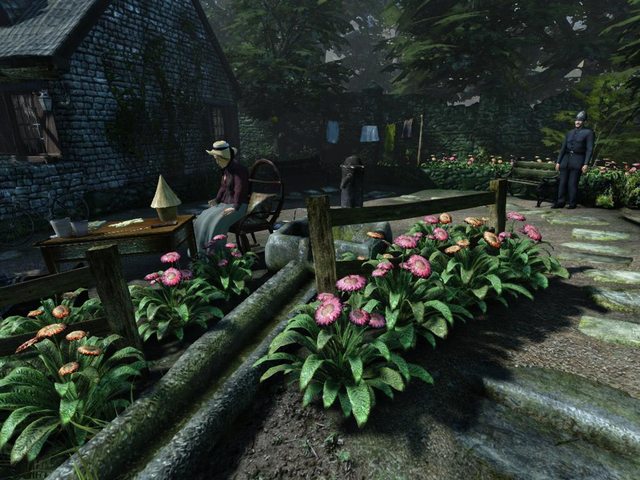 Sherlock Holmes: Crimes & Punishments (2014) is the most expensive game I’ve bought in the last few years but well worth it for the jaw-dropping gorgeous graphics. The beautiful environments are not exclusive just to this game but the rendering of the characters with the amount of lovely realistic detail given to their features & animation is just something else!!!

The game itself is split up into 6 investigations that apparently do tie up. I’m almost at the end of the 1st my impression being that the game has a lot of interesting puzzles but the biggest one is trying to fathom out the interface as it’s mainly keyboard controlled & there are so many things you can do! As far as I’ve got I’m finding the story increasingly engaging & taking precedence over the ‘mechanics’ of the game as I get my head around them!

It`s nice from time to time to play a real big budget adventure game like Sherlock Holmes after all the indies that came in the last year. For me this was the best one from the entire series although The Case of the Silver Earring has a special place in my heart because it came with my favorite gaming magazine: LEVEL.