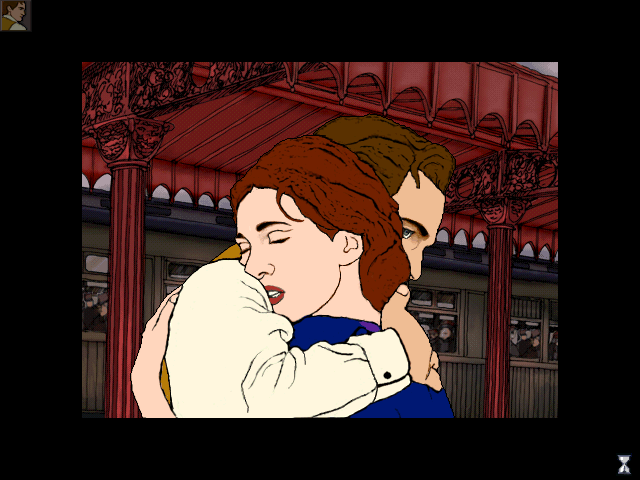 “The Orient Express service between Paris and Istanbul was stopped by the outbreak of World War in July 1914. It did not run again until May 1932.”
— Final narrative text

There are few periods in the whole of human history more interesting than 19th century Europe. It saw two shocks change Europe forever: the French Revolution, spread to the rest of the continent by the Napoleonic wars, and the Industrial Revolution. The concept of nation emerged and large, multinational empires saw their legitimacy contested from Ireland to the Balkans. Industrialism and modern capitalism allowed some to rise to fortune almost overnight, displacing the old aristocracy, and spawning a large, urban, poor working class to work the factories. The demands for individual rights became pressing, and when those were finally conquered, they seemed insufficient to many as a cry for social justice started sounding out. Everything was changing and uprisings and conflicts kept piling up. If the European 19th century really began in 1789, it ended in 1914, with the onset of World War I.

The Last Express captures that last moment when everything came to a head and war finally erupted. It does so in the most clever way: on the Orient Express, a place where all nationalities, social classes and ideologies were found concentrated in a closed space. Its characters are archetypes: the German industrialist, the Russian aristocrat, the anarchist, the French engineer and his social-climbing wife – and of course the American hero, as this story could only be told properly through the eyes of an outsider. And yet, these characters feel like more than mere archetypes: they are real, skillfully-written people whose stories keep the player interested throughout the game.

The ending perfectly showcases how the game is both a historical fable and a character drama – and even more. It is rousing, with time bombs and fights and train chases. It is touching, as all the characters’ stories reach their happy or sad climax. And nothing can keep the wheels of history from turning and crushing much in their paths, as the war is declared and the Orient Express service halted for many years. That the game manages to balance so many stories, so many themes, and to make them come together in an unforgettable ending is a staggering feat of writing and game design.

[spoiler]Maybe it’s magic that’s holding it all together. That the game would, at the very end, see the return of some magic that only seemed to belong in old legends, is possibly the best commentary on those times. The awakening of the Firebird is both a reminder that there is more to the world than all the nations and ideologies that were aboard this train, and a herald of the meaningless violence that was about to start and go on for decades. It is a shocking twist – despite opening the egg early on and reading the book in Kronos’ car, I only realized how Tyler died at the exact same time as Cath did, when the bird started digging its claws in Kronos’ face. And yet, it is meaningful precisely because it makes so little sense. The Firebird is the perfect conclusion to the story, and its shadow cast over a map of Europe (I almost decided to use this somewhat-spoilery pic for today’s scene) is an unforgettable picture in a game that’s rife with powerful imagery.[/spoiler]

If Jordan Mechner would want to surpass himself, he’ll probably have to make a game that has legs, arms… game you’ll have to feed and tell it the goodnight stories… because The Last Express is definitely one of those rare games that “breathe”. Well, that’s probably why he still isn’t trying it.

The ending didn’t strike me as something “out of this world”, most probably because the game already produced all the amazement before that. Far from a “bad ending”, of course. Actually, now when I think of it, I was mainly disappointed of not knowing the exact fate of the main characters, but that’s perfectly fine because it asks for a sequel even more. I hope someone mentioned Kickstarter to Jordan.

Amazing game. Been so long, I really need to replay it again.