I hope so as they went a long way in killing off old style adventure games and now we will be left with nothing.I was very happy playing the old style games created in germany by german houses but they have been led down a rabbit hole by the likes of false dawns from telltale and tim schaaefers doublefine dawn(pun intended)

Well broken age is a great game that has nothing to do with telltales style. But no, telltales exit wont instantly end the “walking simularor/no gameplay” trends. Maybe theyr trending down, hard to say.

Walking sims will not go anywhere nor do story-driven games, there have been enough financially successful games among those. Traditional point and click games haven’t sold enough in decades for the big publisher to really notice them, so they will stay mostly as something small indie devs push out as retro throwbacks.

But like always you’re free to ignore them and play other things instead.  Or you can whine about there being things in the world that you don’t like but other people do, which stunningly seems to be the option many people choose to take.

Expressing hate towards cinematic adventures doesn’t lend a good face to the community at all.

Thanks to the lowering of barriers to entry because of advanced game engines and other factors, I think there are probably more traditional adventure games coming out nowadays than there ever have been! Stop looking up at the AAA game factories, and take a look at the indie dev scene. There are more good adventure games being released than I have time to play.

In my opinion, the best Telltale-style video game I ever played came out in like 1987. 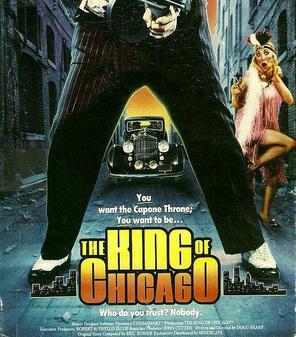 I can’t say that I want this style of game to die because The King of Chicago is cool as shit and I had much fun with it.

However, these TTG defenders are lying to themselves if they don’t think this company didn’t phone in the “choice matters” spiel since day one. The company reeked of low effort compared with its contemporaries. Supermassive Games, DNOTNOD and the man who revived this type of game, David Cage, all surpassed what TTG was doing.  I will support any type of game if the people behind it are rock solid. The genre wasn’t bad - the company was… and much of that we now know was due to a toxic environment.

But I want to actually defend TTG a little bit here. TTG kept adventure alive in America when nobody wanted anything to do with it. I think the company’s crowning achievement was its subversive take on Monkey Island but many people disagree. The whole Walking Dead “games that make you feel feelings” and shock deaths was there in Tales of Monkey Island first and it was really brave that TTG went that direction and actually killed Guybrush in a cliffhanger. To say that TTG is responsible for killing old style adventure might have felt true in 2012 but it just isn’t. We now know that The Walking Dead was a bit of a fluke for the company and it never really matched its success with the exception The Wolf Among Us. You could also say TTG was doing more harm making point-and-click adventures because it gave reviewers expectations for really watered down puzzles. Perhaps it was better that they went the route of story-driven games but I just wish TTG wasn’t so sloppy on the choice matters front.

Now that it turns out the Walking Dead formula doesn’t print money the way people thought it did, I do think a number of companies that were looking for a quick buck will reconsider using it. At the same time, there are several that have already found fame by doing it better than Telltale did. I think we might actually see this subgenre tighten up a bit, with those who can pull it off staying in, those who would not have put in enough effort moving out, and any newcomers looking at better examples.

The golden age of mathematics - that was not the age of Euclid, it is ours. -Cassius Jackson Keyser