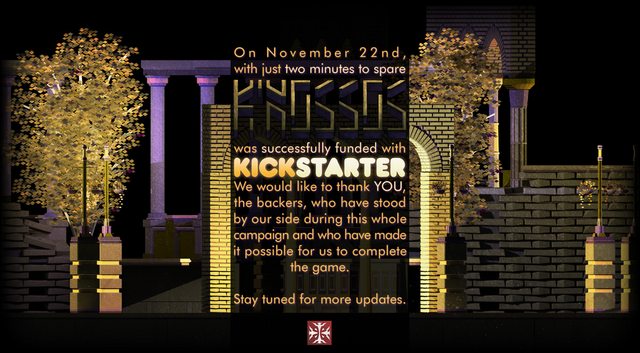 ABOUT US
Svarun Entertainment is an independent group of dedicated individuals committed to creating contemporary 2D adventure game titles in the vein of the most well-known classics of the genre. We tend to view the computer games more as an art form than a form of entertainment, more as a labor of love than the means of earning money. We concentrate on creating atmosphere, immersion and quality storytelling.

ABOUT PROJECT
K’NOSSOS is an independent game development endeavor run by Svarun Entertainment. With this project we are aiming at creating a contemporary 2D Point n’ Click adventure game with strong emphasis on unique atmosphere, immersing puzzles and gripping storyline.

K’NOSSOS emerged as a result of a collision of several fairly diverse streams of thought. Initially, we were inspired by the old-school adventure games, namely those whose mechanics are based on exploration, dialogue, item handling and object manipulation. Artistically, we wanted to set this game in a hand painted world best described as the marriage of art of Vasily Kandinsky and third dimension. Lonely, unsettling, and at times outright bizarre atmosphere of titles such as Kentucky Route Zero was also desirable. Finally, our favorite sci-fi reads like Dune, Chronicles of Amber, A Stranger in a Strange Land, etc. influenced the storyline which provided the kinetic energy needed to set our hero in motion. 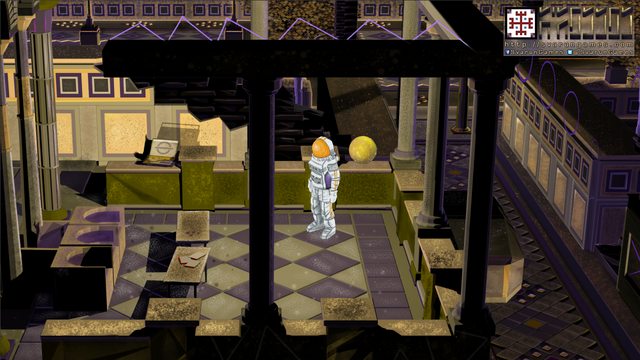 Even though the project has set out as a labor of love, we hope to move it into commercial arena as soon as possible. Our hopes are naturally directed at one or other form of crowd funding. However, as such an enterprise requires a substantial following, we are still biding our time before moving onto next phase of our plan. When that moment comes - you will naturally be the first to know.

Given the capabilities of the engine we are using, our main objective at the moment is the development of PC version of the game. 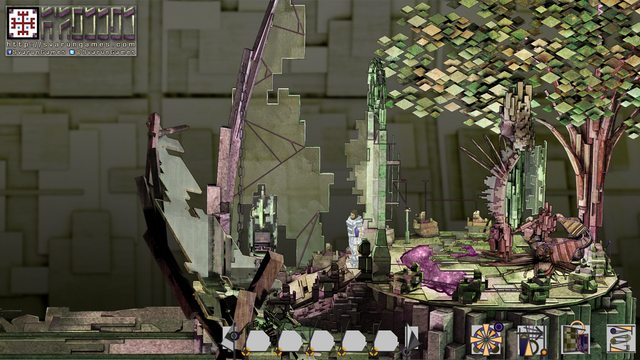 GAMEPLAY
Being a release in the vein of classical adventure games, K’NOSSOS will play much like most of the other titles in the genre. The character, viewed from 3rd person, will traverse the locations presented in side-view. 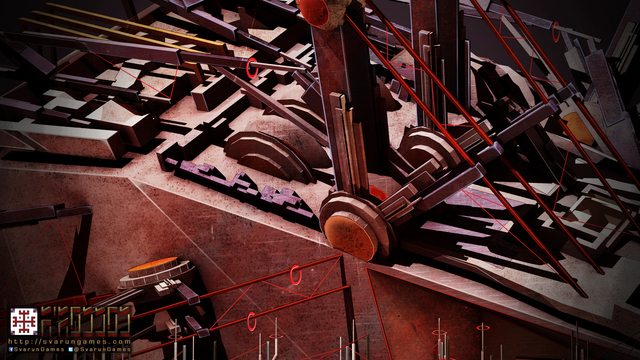 The game will feature a classic inventory and an in-game journal, filled out automatically following the important discoveries made by the player.

Player character will at all times be followed by an Orb which, besides being an important plot element, is also a unique gameplay device. Player will have four of Orb’s abilities at his/her disposal: Heat, Melt, Weld and Cut.

Finally, game also features special zoom areas and mini-games tightly connected to the setting of the location in question.

ENGINE
K’NOSSOS is developed in the WME Engine 1.x, with PC version being the main objective of the team at this point.

The engine, alongside the accompanying documentation, may be freely downloaded at: http://res.dead-code.org/doku.php/wmelite:start

IS THERE A WAY A PERSON COULD HELP YOU OUT?
Yes. We are of course in need of certain professions more than others, but in general we would like to hear what each and every one of you has to say and offer. Please write to .(JavaScript must be enabled to view this email address)

Very interesting project. BTW, does the name have any relation with the well-known city of Knossos? (Ancient Crete civilization, http://en.wikipedia.org/wiki/Knossos)

Thank you for your interest. I will paste a section from our FAQ:

WHAT IS K’NOSSOS?
K’nossos is an independent game development endeavor run by Nikola Pacek-Vetnic, the head of Svarun Games. With this project we are aiming at creating a contemporary 2D Point n’ Click adventure game with strong emphasis on unique atmosphere, immersing puzzles and gripping storyline.

WHAT IS KNOSSOS?
Knossos or Cnossos is the largest Bronze Age archaeological site on Crete and is considered Europe’s oldest city. Read more at: http://en.wikipedia.org/wiki/Knossos

WHY KNOSSOS?
Knossos is a place brimming with legends, the most famous of which is the one of Theseus and the Minotaur. The tale which we are setting out to tell could be understood as a very liberal and thorough reworking of the classic Minotaur story, from a certain standpoint. What exactly we are talking about will be revealed in due time.

Here is a fragment of our weekly media release, please check the full package at our Facebook page which you may find here: https://www.facebook.com/SvarunGames

Also, guys at Adventure Gamers were kind enough to dedicate a front page article to our effort, read the whole thing here: http://www.adventuregamers.com/news/view/27956

I didn’t even read what the game is about yet, but I just wanted to say massive kudos on the front cover art! It’s incredibly beautiful.

I would also like to add that the screenshots look beautiful. Best of luck with your project.

Thank you guys, your support means a world to us. Have some weekly artwork from K’nossos:

After not hearing from us for quite a while, we are happy to get back to you with some important news.

During the past few months, the K’nossos project has seen some major positive changes and developments. First and most important of all, a dear friend and a long-time collaborator Nico Blanke (associated with numerous indie adventure titles, the most famous of which is probably “The Return of the Tentacle”) has joined the project as a programmer. He has been working hard on the game lately, and we expect to soon be able to present at least the in-game footage, if not an actual playable demo to the public.

Character-wise, we have abandoned the pre-rendered 3D char approach and are now investigating he possibilities of using a hand-drawn character, similar to what we did in our previous title “Vsevolod”. We’ll keep you updated as we make (or don’t make) progress.

Location design and 3d modelling has moved well beyond the half-way milestone for the entire game. We are currently keeping ourselves busy with Chapter IV.

And the last but not least, we got the project website going which you may visit at: http://www.svarungames.com/

All in all, things are looking good, we are moving along and would be happy to see you all at the end of the journey. Until next major news release, enjoy!

Hello everyone! We have just put our first up, if you desire to view it you can do so by following the link:

To tell you the truth, the fault mostly lies on us. We have only just started paying more attention to marketing our title, and given the fact that there is only two permanent members on the team (with a few occasional helping hands), it can be a chore at times.

However, we are doing our best and the situation is improving. It will gather momentum soon, hopefully.

Depending on how far you are from a release date, I think the game is ripe for Steam Greenlight. You will have a tenfold audience there.

Also, make sure you send a nice press release to http://www.gamespress.com

Thank you my friend, your help is tremendously appreciated!

Once again, thanks for the kind words and info as well!

Hope you’ve all been doing well, it’s time for our (more or less) regular weekly update.

So, after a great many days of painstaking modeling, animating, rendering, compositing and assembling, we can finally present you with the in-game appearance of the opening location of K’nossos - this time in moving images! Please check out the video on YouTube:

In other news, we are spending the upcoming weekend shooting footage of our player character, which will be followed by material from the set as well as the introduction of our latest addition to the team, who will be engaging himself with the character design and animation.

Best of luck to you and thank you for your attention!

Another (hopefully) tasty late night preview has been whipped up for you, just so we end a productive week on a high note

And this is how it would appear in-game more or less:

More updates on this as we go, be sure to visit all our media outlets to keep yourself in the loop.