I just finished watching the Season 9 of Curb Your Enthusiasm. The show is hilarious. Any Larry David fans up in here? 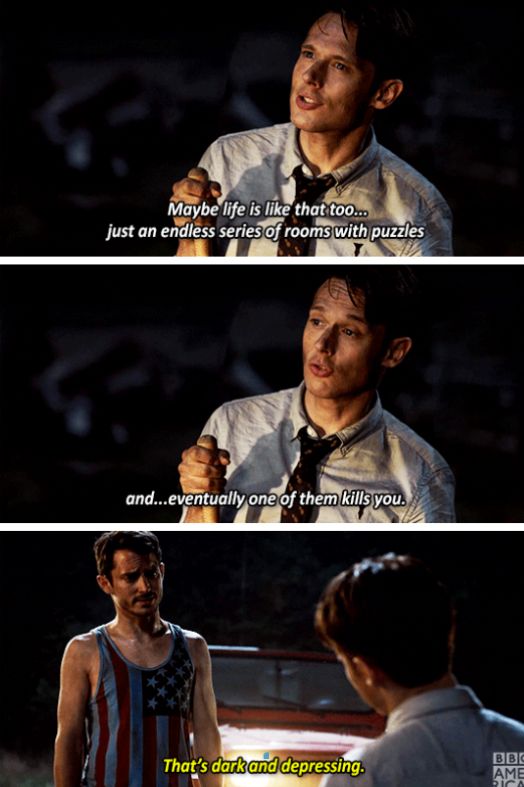 If you haven’t already you could always read the books and watch the other television adaptions.

Bron last season is done
Quality stuff, intense, but last episode and reveal was disappointment, not as good as Season2 finale
Some unrealistic stuff ...but its still better than most of TV out there

Wow, I always liked Tim, but I like him even more now

Only current show that’s a favorite and I’m caught up on:
Game of Thrones

Overhyped:
Lots of super hyped shows I find to be at least a little overhyped, even if I liked them.  If everyone says it’s the best show ever, I’ve seen it, and it’s not on my favorites list, that’d have to qualify to at least some degree.

The one that I’d say the most qualifies though is The Sopranos.  Loved season 1, but the rest didn’t really do a whole lot for me.  Did enough to keep me watching, but I think there have been better shows since.  Definitely was huge in bringing about the current era of high quality TV shows though.

Regarding previous posts about The Shield, I totally agree on the ending.  To me that was also another show that did enough to keep me watching even if I didn’t always love it, but man, that ending was really well done, and made the show better than it otherwise would’ve been.

And that’d be one of three shows I’ve watched where I truly despised the main character.  (The others being The Sopranos and Breaking Bad.  And Death Note too, if we’re counting anime)

Wow! The original series was a favourite of myself & siblings when it was first aired & much to the disgust of my mother who was an avid Dr Who fan clashed with that at the time! (We loved Dr Who too but Lost in Space was just that more appealing at the time!)

I really like Dr Who, Hannibal, Mr.Robot and Supernatural

Yeah dude! Dr Who is the best!

Who’s your favorite doctor? Mine is the 3rd and 6th

Babylon 5, Rick & Morty, Quantum Leap, Parks & Rec, The Office (US), and The Inbetweeners are particular favourites.

Enjoyed Vagrant Queen and Gangs of London recently too.

specially with tenant as the doctor

I thought the first Westworld was brilliant, the next not so good & as the 3rd followed from the 2nd in a different direction away from the essence of the original film that inspired it in the first place the series’ for me got gradually more disappointing.

I’m currently hooked on Fear the Walking Dead.
Zombies aren’t my thing but I thought I’d just tolerate one episode of The Walking Dead & after 9 series of this excellent apocalyptic story observing the best but more often the worst of the human condition I’m so hooked I’m watching the prequel (which seems to get beyond that to catch up with a couple of characters).

N.B. Re the poll: I haven’t watched Mad Men but I consider the remaining titles as living up to their over-hypeness.