In a Horizon indie event attached to E3, they announced Fez 2:

Not that there’s much in that teaser trailer (and that’s all the info so far, as far as I know)

After playing a few games at E3 here are my picks:

Rain: a surprising game for me as I did not hear much about it. It is about a young invisible boy in search of a young invisible girl in a rain soaked environment. If the boy goes into the rain, he gets a rainy silhouette and becomes visible to the rain monsters that roam the world, so there is a lot of puzzling in trying to sneak past these monsters under cover from rain. It has a gorgeous art style and I got an ICO vibe from the short demo.

Tearaway: Media Molecule’s new game. It takes place in a paper crafted world (thus the name). You play as a messenger of the sun god trying to deliver a message to the god. The sun god is you, with the PS Vita camera taking your face and putting it into the sun. It plays as a platformer with a lot of Vita specific features. Like you can use the back touch to jump, and to poke enemies in the world. It is really charming and reminds me a little of Little Big Planet in terms of visuals.

Brothers the tale of two sons: This one caught me by surprise when I played it in the summer of arcade section in the XBOX booth. You play as two brothers (controlled by the thumbsticks) as you lead them on an adventure to find acure to their sick father. Brothers is a true adventure game in that you have to solve puzzles to progress through the game. The older brother is more mature and interacts differently with characters and objects in the world compared to his younger sibling who is playful and childish. I know I’m overusing this term, but this game oozes of charm and heart.

Puppeteer: have you ever fancied playing a game that takes place in a puppet show? Well now you can. Puppeteer is a platformer that feels like a puppet show. The main feature is the fact that you can switch your head at any time in the game to help you find bonus levels, fight bosses etc… It is very strange and full with awesome British humor.

Rayman Legends: like origins but with more gameplay style(like stealth levels and a music level to the beat of eye of the tiger). What is there not to love?

InFamous Second son: I am a huge infamous fan so the more infamous, the better. The nice thing in this one is the ability to absorb multiple powers rather than be limited to electricity.

Beyond Two Souls: More streamlined controls than Heavy Rain and a star studded cast, I can’t wait to buy this one.

Saints Row 4: this one is a guilty pleasure. It is no art masterpiece but it is true unadulterated fun. What’s more fun than to play as the US president, zip through the world using alien technology, and get rid of enemies using a water gun, or a blackhole gun(opens up a blackhole that sucks all the enemies next to it).

Contrast: you are trying to figure out what happened to your parents. Your unique ability allows you to phase into the wall as a shadow and use the rest of the shadows in the world as platforms. Very innovative and fun.

I could never get into LBP for this exact reason.  I hated the floaty feel.  It was more like I was pretending to play a platformer than playing a platformer.

Oh, this Rain game looks really interesting… Love the idea, and the musics are just wonderful. Brilliant use of Debussy

Hahahaha all polls are supporting PS4 but this is too much, so i thought to
share (THE SUN UK) 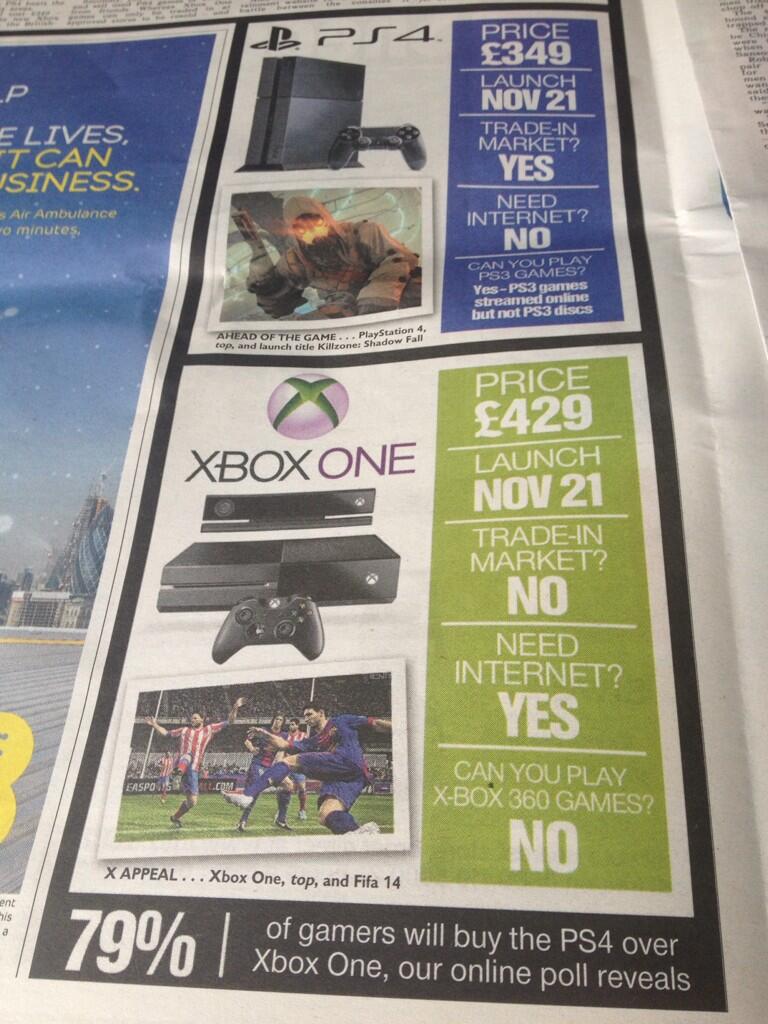