In the spirit of classic graphic adventure games, Cascade Quest sends the player on an epic adventure though forests, mountains and mysterious lairs, on a mission of escape and retribution! You’ll interact with a cast of Pacific Northwest characters and beasts – from evil, to strange, to cuddly – all the while solving puzzles to outwit your enemies and accomplish your goals.

5 May, 2019
New details flow out of Cascadia Quest
Sierra-styled text-driven adventure from the creator of Snail Trek coming early next year.

Stuck in Cascadia Quest, or looking for the best way to proceed? Click below to view our walkthrough for Cascadia Quest and wonder no more! 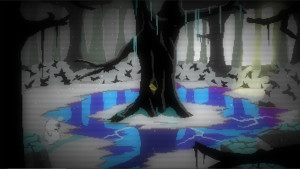 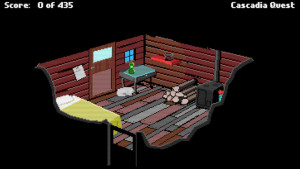 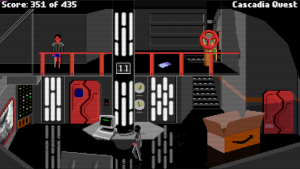 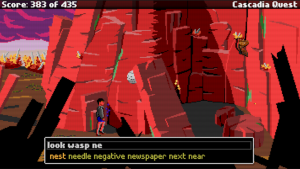 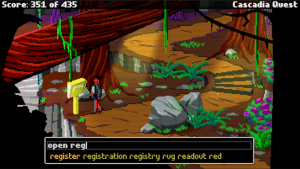 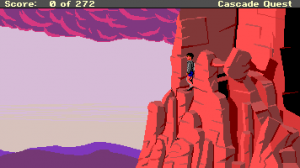 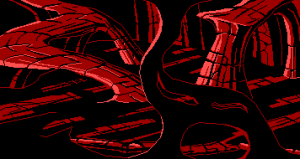 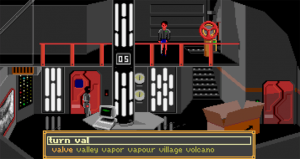 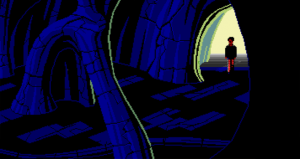 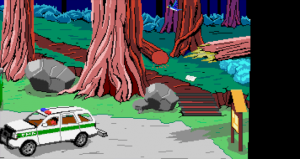 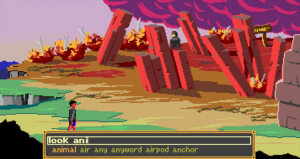 What our readers think of Cascadia Quest

There haven't been any reader that reviewed Cascadia Quest yet. Please share your (short) verdict, a review or post your star rating!

Cascadia Quest is an adventure game, that will be released in 2022 by Phil Fortier. Cascadia Quest has a Stylized art style and uses a Keyboard, Point-and-click, Text parser control scheme. Adventure Gamers have not yet published a review of Cascadia Quest, at this time the community has not provided a rating for Cascadia Quest.