Insecticide is a hard-boiled, fast-shooting detective game set in a festering future city where bugs have evolved as the planet's dominant race. Murder at the powerful Nectorola Soft Drink Company leads police on a bug hunt through the city's seedy underbelly, and into a mystery of epic proportions... Come along with detective Chrys Liszt as she's drawn into a web of corruption. And, only through the use of her unique insect abilities, a range of creative bug weaponry, and a little help from her partner Roachy, can she hope to uncover the truth and bring a ruthless villain to justice.

A two-part PC release, originally available only for download.  A scaled-back, single DS release of the game is also available.

The stylish half-action, half-adventure bug title arrives on PC, but getting only half a game is a bit of a buzz kill.

Two former LucasArts artists, one of whom co-designed The Curse of Monkey Island, talk about their new project -- and their past work.

A new team of LucasArts veterans has announced Insecticide, a noir detective thriller set in a world full of bugs. Read our world exclusive interview!

Stuck in Insecticide, or looking for the best way to proceed? Click below to view our walkthrough for Insecticide and wonder no more!

Screenshots for Insecticide » View all screenshots (4) 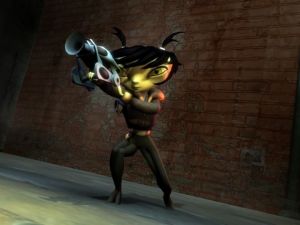 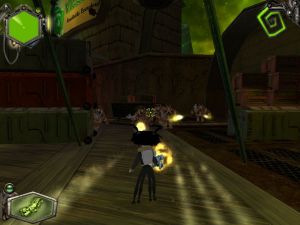 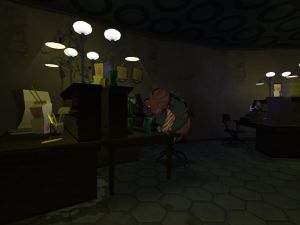 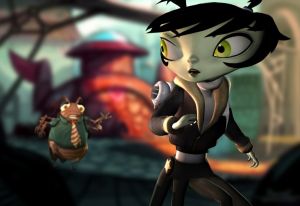 Videos for Insecticide » View all videos

No videos for Insecticide available (yet)

What our readers think of Insecticide

There haven't been any reader that reviewed Insecticide yet. Please share your (short) verdict, a review or post your star rating!

Insecticide is an adventure game, released in 2008 by Crackpot Entertainment. Insecticide has a Stylized art style and uses a Keyboard control scheme. Adventure Gamers have published a review of Insecticide and rate it as Decent, meanwhile the community rating for Insecticide is Good.