George Stobbart and Nico Collard are drawn into a terrifying conspiracy to harness and ancient power. Brought together by fate, coincidence and the intriguing mystery, they will fight sinister forces, uncover an ancient conspiracy, and discover a fiendish source of pure evil... Lured into the steamy jungles of the Congo, eerie castles in Prague, the chic backstreets of Paris and the historic English village of Glastonbury, the duo must unravel the mystery involving the 'Voynich Manuscript' which holds the secrets of the ultimate evil power, The Sleeping Dragon, and save mankind.

Released on PC, X-Box and Playstation 2. Published in North America by The Adventure Company for 11/17/03 release.

Average based on 47 ratings
Your rating

With two key projects in the works, Revolution's Charles Cecil squeezes in a few moments to share his thoughts with AG.

Adventure gaming's next big thing is an exciting and well-produced epic...but still a flawed adventure.

Our writer met up with Charles Cecil in person at a Broken Sword 3 signing; see what he had to say.

We've got our copy of the year's most anticipated adventure game. Here's our first hands-on look!

We bring you a hands-on preview of what has become the most anticipated adventure game.

Read the walkthrough for Broken Sword: The Sleeping Dragon (14589 words)

Screenshots for Broken Sword: The Sleeping Dragon » View all screenshots (21) 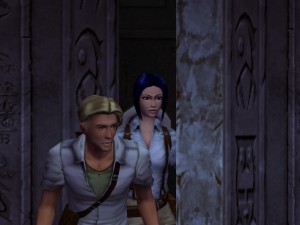 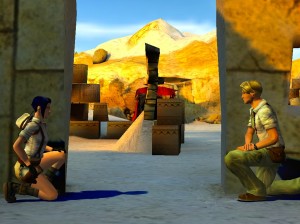 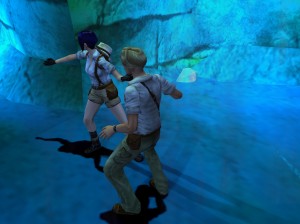 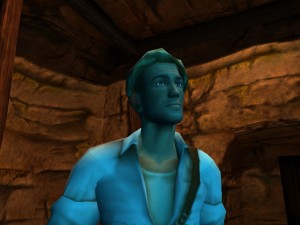 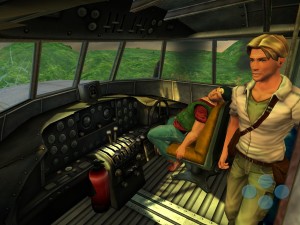 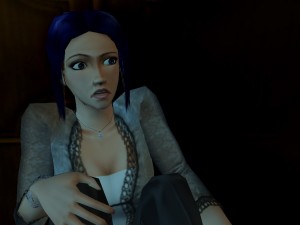 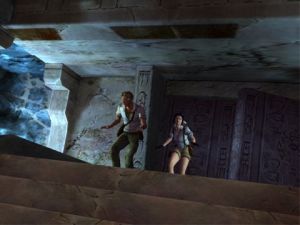 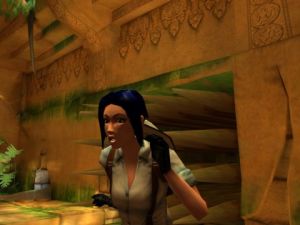 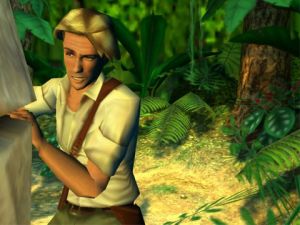 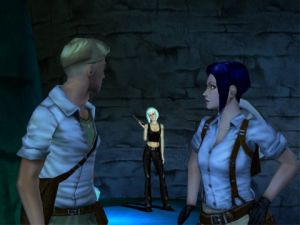 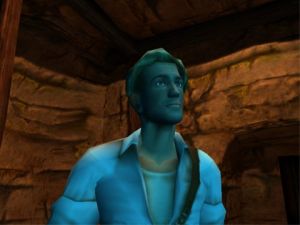 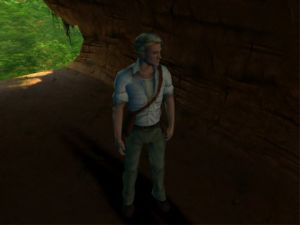 Videos for Broken Sword: The Sleeping Dragon » View all videos

What our readers think of Broken Sword: The Sleeping Dragon

This one is a great shift in the series as it's now in 3D. So thay had to make use of it... Playing with a gamepad is nice, but the constant platform-like and "push the crates" phases were a bad design choice. Because of that there's not much actual puzzles....
Read the review »

"Pushing" its way to a more than decent game

Can’t shake the feeling that BS3 is King’s Quest 8 to a lesser extent - it’s not a “fan favorite”, it’s got action crates elements, and it switched to 3D. However, BS3 is quite a treat. Stick long enough with it, and you’ll be rewarded once...
Read the review »

Posted by Niclas on Aug 23, 2012
I actually just recently replayed this title to freshen up my memory before the release of BS5. Many people talk about BS3 lost track of it's roots with this title. However, I must say that this game is still definelty top notch in Adventure Games...
Read the review »

» Beneath a Steel Sky (series)

Broken Sword: Shadow of the Templars - The Director's Cut

Broken Sword: Shadow of the Templars - The Director's Cut (DS)