continue reading below
»   Home  /  Articles  / Interviews  / Lori and Corey Cole: An excerpt from The Art of Point-and-Click Adventure Games

Lori and Corey Cole: An excerpt from The Art of Point-and-Click Adventure Games interview

In collaboration with Bitmap Books, our month-long exploration of The Art of Point-and-Click Adventure Games continues with an excerpt from its interview with the creators of one of the most iconic game series ever. But this is just a taste. For the full interview and over 50 more with prominent genre personalities, you’ll have to nab Bitmap’s wonderful 500-page coffee table hardcover for yourself when its expanded second edition begins shipping on August 10th. 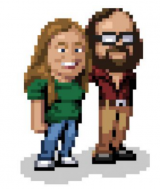 The Coles are probably best known for being the husband-and-wife team behind Sierra’s role-playing/adventure crossover franchise Quest for Glory (originally titled Hero’s Quest). They recently formed their own independent studio, Transolar Entertainment, which developed the adventure-RPG hybrid Hero-U: Rogue to Redemption, a spiritual successor to the Quest for Glory games.

How did you end up working with Ken and Roberta Williams at Sierra, and how familiar were you with their adventures?

Corey had played King’s Quest, but we weren’t avid Sierra fans. A friend we knew through Sci-Fi Cons, Carolly Hauksdottir, was the lead animator on King’s Quest IV. She put us in touch with Ken Williams. Ken wasn’t too excited about our plans for making a CRPG (computer role-playing game), but he did need an Atari ST systems programmer, and Corey had been working on desktop publishing software for the ST.

Once we had our foot in the door, Ken was happy to talk with Lori about designing a CRPG to compete with Ultima. We didn’t think Sierra’s tools were right for that type of game, but we knew we could create a hybrid storytelling RPG that combined role-playing tropes with adventure gameplay. We originally proposed Hero’s Quest: So You Want to Be a Hero as the start of a four-game series of adventure/role-playing games. 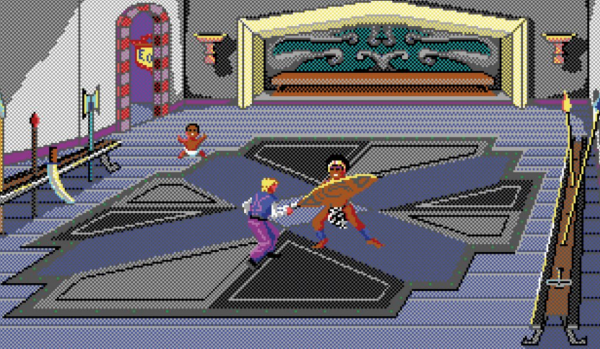 With the original Quest for Glory game, what were some of the ways you tried to approach the project to make it feel different from Roberta Williams’ King’s Quest series?

We wanted to make a game that would appeal to both adventure game and CRPG players. At the time, these were thought to be completely separate audiences and that neither would play a cross-genre game.

Our original proposal emphasised both the similarities and differences of Hero’s Quest to Sierra’s other adventure games.

We took some cues from tabletop gaming – the game would centre around characters, story and setting, rather than on numbers and twenty types of polearm... We wanted to have a variety of locations but decided to start with a familiar Western European medieval fantasy setting. We called the town Spielburg (which translates as ‘game town’ or ‘play town’) and used a few other German words to help immerse players in the world. As for differences, the main one was making RPG-style combat an important part of the game. We made it real-time – rather than the more common (at the time) turn-based combat – to increase the sense of tension and involvement. 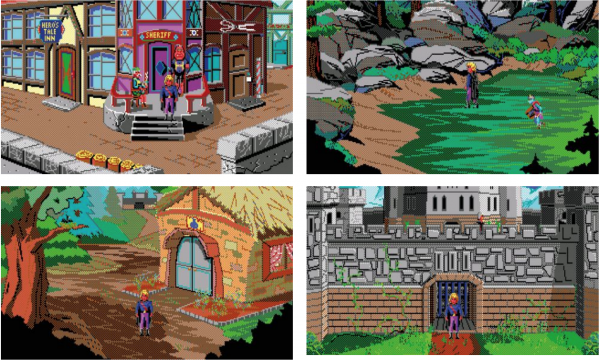 Was the idea of creating a seamless world populated by recurring characters, races and mythologies across all of the games something that appealed to you?

Yes, we wanted to create a living, breathing fantasy world that engaged the hearts and minds of our players. We had the most fun at tabletop gaming when we played games that featured detailed, well-described settings. We tried to create that type of setting for our own games and brought that aesthetic to Quest for Glory.

We loved the concept of letting the player keep the same character throughout the series – people feel really connected to their characters. However, we made sure from the start that we controlled how much improvement took place in any given game of the series. That way, the character could continue to get better as the series progressed.

Did allowing players to choose three different classes (magic user, fighter, thief) add a lot of extra work in terms of having to create branching dialogue/puzzles?

Yes, we really took on a daunting task there. Making an adventure game with a single viewpoint character is already very difficult. Giving that character multiple skills and a choice of classes multiplied that effort. It was actually even crazier originally. We planned to have a different race for each class (centaur, elf, etc.) as well as a player choice of a male or female character. The main storyline is the same for every class, but we worked hard to make many puzzle solutions require different skills or spells for each class. Some of those required custom animation, for example, climbing trees and the town wall. Each magic-user spell also required special effects.

The writing was relatively simple in the first game, but, as we learned more about the abilities and limitations of Sierra’s Creative Interpreter (SCI), we started writing much more complex scripts. Lori started adding the concept of ‘events’ in each scene, which meant that the player would get entirely different dialogue later in the game. 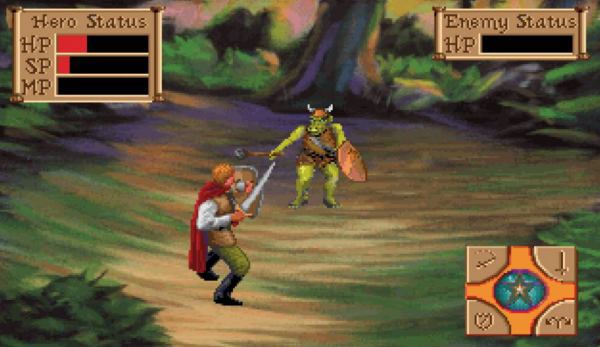 What are your memories of working at Sierra – was it a creative environment?

Working at Sierra was often like riding a rollercoaster. The highs were amazing; the lows were depressing and anxiety-inducing. At times, it felt like a sweatshop where management demanded 60-hour weeks for months on end. But, hours go fast when making games… so, much of the time, that felt energising rather than enervating. We worked long hours because we wanted the games to be great, not so much because anyone ordered us to work overtime.

Do you have a favourite Quest for Glory title, and are you proud of the series as a whole?

Quest for Glory IV is probably our overall favourite, but we could put in votes for every game in the series for different reasons. It had the incredible voice acting by John Rhys-Davies and other great actors, a terrific soundtrack by Aubrey Hodges, wonderful art direction by Marc Hudgins, and an evocative setting. It’s also the only game other than Quest for Glory II that both of us worked on full-time as game designers and writers.

On the negative side, because we packed  so much content into the game, and Sierra management needed the game to be released in time for Christmas, it was by far the buggiest and least playable game we released. We spent almost a full year fixing known bugs and adding the voice track for the CD-ROM re-release. Even then, the game still tends to crash on fast computers in certain places, including near the beginning of the game. Players who can get the game to run have an amazing experience with Quest for Glory IV.

Quest for Glory I (Hero’s Quest) has to win points for originality in combining tabletop RPG gaming with an adventure game interface, and for the general charm. Negatives include a primitive combat system in which mashing the up-arrow key turns out to be the ultimate combat tactic.

Quest for Glory II has an extra emphasis on puzzles as Corey was able to contribute more to the design than to the odd-numbered games. We managed to make a pretty good simulation of the stories-within-stories structure of The 1,001 Arabian Nights. Negatives were the difficult-to-navigate alleys and desert, and a memory leak that often caused the game to crash in the final scenes.

Quest for Glory V was by far the most ambitious game in the series. It had a rich plot involving assassination, betrayal, the Rites of Rulership, the only actual dragon in the series, a trip into Hades, scientists, pirates, and much more. And it had an amazing Chance Thomas soundtrack. But it suffered from primitive 3D graphics and uneven voice acting. In short, we’re proud of all the games we’ve made, although there were always things that we would want to change, given enough time and an unlimited budget. 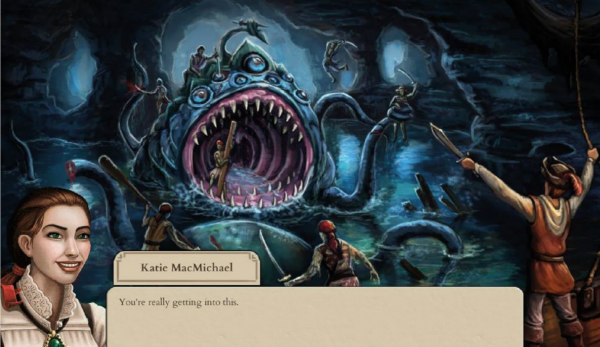 Want to read more? Here’s how you can! Still not convinced? Then check back in next week for the final installment of our four-part sneak peek, this time with an interview from one of the biggest names in genre history.

(Note: As an affiliate partner, Adventure Gamers gets a small percentage of proceeds from every copy of the book sold through our links. But don't do it for us, do it for you!)