Half an hour into the gamescom presentation of Lucius with Lace Mamba Global’s Claas Wolter and Johannes Aikio (one of the founders of Shiver Games and the game’s Lead Designer), there had already been three nasty deaths, with more coming -- all of them caused by the player. With its brutal theme, bleak visuals and dark atmosphere, this creepy, free-roaming 3D horror thriller is certainly no ordinary adventure.

Lucius is a boy without any emotions, as his grandfather’s shady deal with the Devil has left our main character without his own soul. He doesn’t talk in-game, and none of the muscles in his face move. He is completely under the influence of Lucifer, who also makes an appearance in Lucius’s dreams. When the boy, whose birthdate is June 6, 1966, turns 6 years old, strange deaths start to happen in the manor where he lives. The apparent accidents and suicides of family members and working staff, all of whom have something to hide, smell fishy to the detective working the case, so you’ll need to work carefully to avoid arousing suspicion. After all, the greatest trick the Devil ever pulled was convincing the world he doesn't exist.

Players control Lucius, who has to secretly stage each new death and manipulate the evidence without getting caught. That means switching and sabotaging objects at first, like causing a piano to fall and a gas stove to blow up in the demo, but over time he will start to use his supernatural powers gifted by Satan. There are five abilities in total, but only telekinesis and mind control have been revealed so far. Some work in multiple ways: Telekinesis, for example, can be used to move stuff, turn on switches and operate machines, and your skills level up over the course of the game, which changes their impact and varies gameplay. These abilities can also be strengthened or weakened by environmental details like crosses on the wall.

The game’s inspiration comes from horror movies of the ‘70s and ‘80s, like The Omen, The Exorcist and The Shining. There are also similarities with the stealth-action Hitman series, as you must study the environment and movement patterns of characters, be sneaky in some of your actions, and even choose your killing method. Lucius saves only between levels, and in case of failure the mission will have to be started again. According to the developer that won’t mean losing more than 30 minutes of progress, as once you know what you are doing, it won’t take too long to restore the situation.

Lucius features a lot of scanning rooms and cabinets for useable items, and the big mansion and its garden are open to the player at all times, except at the start when you’re first learning the ropes. For easier orientation, a map can be brought up, which was drawn by the artist’s left hand to imitate a 6-year-old’s handwriting. The map just helps you find your way, as there is no jumping from one point to another, but one way to move around faster is to use a tricycle. To obtain the child’s bike faster, players can do optional chores like brushing teeth, taking out trash, and cleaning your room. There are many chores available, given by your mother or others.

The graphic quality in this beta stage looks decent. The 3D environments use a bleak color palette that creates a suitable atmosphere, and slowed-down sequences at critical moments add a nice dramatic touch. There is a 24-hour cycle, a progression of seasons (the game takes place from 1972-1973) and weather effects. But some polishing is needed at this point. Lip sync, for example, needs special attention. The designers won’t have long, however.  The Finnish studio has been working on its debut title for over two years now, and the PC release is just weeks away. Lace Mamba Global will publish the English version first, but other language releases are planned as well. Lucius is expected to have 12-15 hours of gameplay, with a body count around 20. There is only one ending, but will it be happy one?

Turkish developer Batu Eritenel and his small indie team behind the first-person mystery game Laranzuh were eager to show some screenshots and movies at gamescom, as they have almost finished shooting and are ready to start scripting and recording sounds. Using a special technique which makes it possible to look around 360 degrees (but not up and down), Laranzuh's panoramic photos will be seamlessly integrated, and stop-motion is being employed for animations such as opening and closing doors or letter boxes. The locations I was shown included some industrial buildings and village roads. There will also be dream sequences in the form of HD-quality animated cutscenes.

The team didn't want to reveal too much about the story just yet, but we know the game is set in a small village where a girl and her family have disappeared. The relationship of the protagonist to the village and its inhabitants is not established at this point, but it is clear that the game's atmosphere will be dark. Laranzuh will use a point-and-click interface, and there will be several difficulty levels: beginner, intermediate, expert and professional. The developers explained the difference with an example of needing water to solve a puzzle. In the beginner mode, you will have an unlimited amount of water available and on intermediate you will have a lot, but on the professional level there will be only a little water, so if you pour it into the wrong container you will be in trouble (yes, that means 'game over'). No matter what level you choose, there promises to be a hard puzzle involving security camera footage. 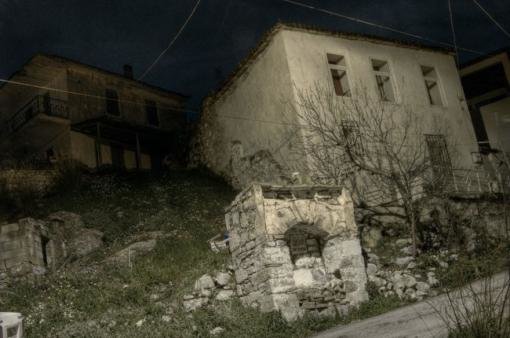 Combining the Unity engine with their own panoramic engine, the game will be first-person and node-based, which means the developers can create Mac, Android and iOS versions alongside the PC version, while consoles like Xbox 360, PS3 and Wii are also a possibility. According to Batu, it was a lot of work to combine the engines, and it has proven especially hard to make it look smooth on smaller devices. Eritenel will be creating all the music himself, and for this purpose his team has been hunting down musical instruments and analog equipment to create a warm, lush sound. You will be able to change 'records' in the game to change the tune.

There aren't many photographic adventures these days, nor games that offer a truly difficult mode for veteran players alongside an easy one for beginners. What I saw and heard made me curious to know more, so I hope there will be more news about Laranzuh soon.