"Excuse me, can you tell me which compartment is Tyler Whitney's?" 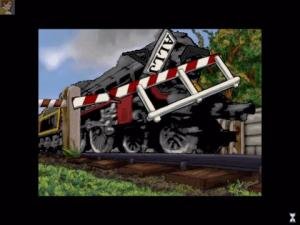 I have nothing but respect for a designer who, in this era of twitch-reflex gaming and short attention-span consumers, labors so intensely over a game design to create a setting that can truly enchant the player. Jordan Mechner, creator of the Prince of Persia games, went against every conventional thought of design theory, in an almost kamikaze attempt to do something that had just not been done before. The setting of The Last Express, the resulting product that both began and ended Mechner's Smoking Car Productions studio, is nothing short of sheer brilliance. The idea of riding a train through Europe in the midst of a heap of political drama is exciting enough in itself. This isn't just any train though; it's the famed Orient Express, running from Paris to Constantinople. And the time isn't just any era; it's late July of 1914—the week that World War I began.

The Last Express, though imperfect to be sure, is a masterpiece in many respects. You play Robert Cath, summoned to Europe by an old friend named Tyler Whitney who requests your assistance on the train. Once you get there, Tyler's been brutally murdered, and that's just the beginning of the mystery. As you assume Tyler's identity, you will soon be plunged into a mass of political intrigue. There is a member of African royalty with his own private car, who is prepared for some sort of exchange. A German man named August Schmidt seems prepared to sell you some contraband, not to mention an Austrian spy and a group of Serbian nationalists who will give their life (and take yours) for their cause.

This game is unbelievably successful in drawing the gamer into the environment of the train, and almost demands that it be played with the lights dimmed and no extraneous noises so as to appreciate the claustrophobic sounds of the train. It's a small environment indeed; two sleeping cars with eight compartments each, the prince's private car, a dining room, a smoking room, and the baggage car. All the action takes place in these areas. Unlike games such as Beneath a Steel Sky which are scenery-driven in many respects, this game is as completely character-driven as an adventure could be. The characters are distinct and vividly realistic. The main character has a personality, a rarity in most first-person games. 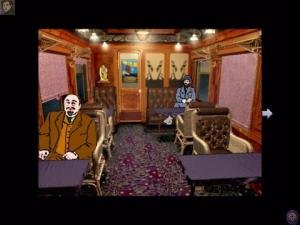 The puzzles are also implemented quite well in this game. There are no frustrating Myst-like puzzles, because Mechner has no desire to hamper your progress in the game. But this isn't a cakewalk; there are quite a few necessary dilemmas that may take the gamer some time to unravel. Most of these are issues of timing, and the skillful balance generally prevents them from becoming exercises in frustration. In the event of death, the player has the freedom to rewind the game's clock to any point in the game and start over from there.

There are two things that I really love about Last Express. One is the technical aspect: TLE features some staggeringly gorgeous graphics and animation. The jerky frame-skipping style of animation takes some getting used to, but in the end it adds to the old-movie feel. When there is full animation, such as cut-scenes when the train pulls into a major station, it is a breathtaking sight. The hand-drawn scenes of Europe are gorgeous. The sound is also noteworthy; an understated classical soundtrack frames the monotonous clatter of train tracks. The voice-acting on this game is absolutely second to none. Obviously there are many different languages being spoken and apparently no expense was spared in hiring the best in voice talent. German, Russian, French, Serbian...each is here, spoken to perfection.

But the feature that I really love is the way time passes whether or not you're doing anything. I always wished that games would incorporate this more. Willy Beamish was one notable game that I appreciated this about. In this game, there are fifteen other passengers aboard, and they work under their own schedule. Herr Schmidt will go have dinner with Miss Wolff at 7:40 whether or not you intercept him in the hall, or sit next to them and eavesdrop, or simply sit in your compartment and examine your inventory. This feature makes it impossible to experience everything in the game the first time through, providing for immense replay value. I hope that more games will utilize this feature in years to come; I'd love to think how it could be utilized in a detective mystery game. 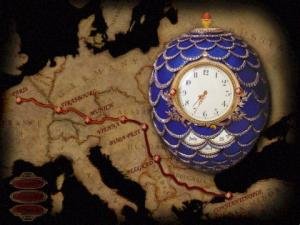 The Last Express is not very useful as a Pepper's Adventures in Time-ish history education device. The European political situation in mid-1914 is complicated, and not easily explained by a computer game. You will find that you enjoy the game much more if you have a fairly decent understanding of what was happening; otherwise the characters' motivations will remain cloudy. Perhaps this can be seen as a weakness, but the game would have lost a tragic amount of its dramatic edge otherwise, and if anything here's a reason for you to bone up on your pre-WW1 history. Sadly, Broderbund was led to believe there was no audience for this game as a result of the high level of storytelling, and the marketing was minimal at best. Suffice it to say the game was a financial failure, and without a doubt the saddest non-success story on this countdown.

The Last Express is not without flaws; it's too short and in true Hollywood fashion, the romantic subplot feels contrived and unnecessary. But five years later, the story is still brilliant, the intrigue and intensity is authentic and believable, and the graphics and voice acting are marvelous. The game still feels brand new. The Last Express is without a doubt worth the price of the ticket, and the #12 adventure game of all-time.

Last time: TLE is the first game so far to have moved up since the last countdown, after checking in at #14 three years ago. The reaction was incredibly mixed between adoration and disgust (for the game, not me); we'll see how it ends up this year!

Beery
I've played this game on every computer I've owned since 1997. Must have played it 40 or 50 times all told. The graphics may be dated, but the quality of the game experience never changes - still as great as it was 13 years ago.