Evil Days of Luckless John is one of those games that are hard to fit neatly into a particular category. It is definitely not your typical adventure game, with its integration of elements normally found in other, more action-packed genres. In fact, its working title of "Raiders of the Lost Casino" is perhaps more indicative of the kind of "adventure" it seeks to be. Wherever it falls on genre lines, however, we do know for sure that this new game by Czech developer Centauri Production and Russian publisher Akella is shaping up to be a lighthearted 1930s gangster tale with stylized visuals -- one that, despite having more action than usual, also promises to bring enough story and puzzles to appeal to adventure gamers.

In this game, you will be playing Johnny, a handsome young man who often finds himself down on his luck. Coming from a poor New York family, he lives out on the street and owns next to nothing -- that is, until he inherits a small, forlorn casino out in the countryside from his recently-deceased uncle, by dint of being his only living relative.

Unfortunately for our protagonist, the casino is shaping up to be big trouble. A pair of somewhat inept yet fearsome gangsters named Soft and Rock has been ordered by the big boss to expropriate the place. Johnny's task, therefore, is to stop them -- a difficult-enough job made even harder by one detail: the town Sheriff just so happens to work for the Mafia, and Johnny quickly finds himself thrown in prison. 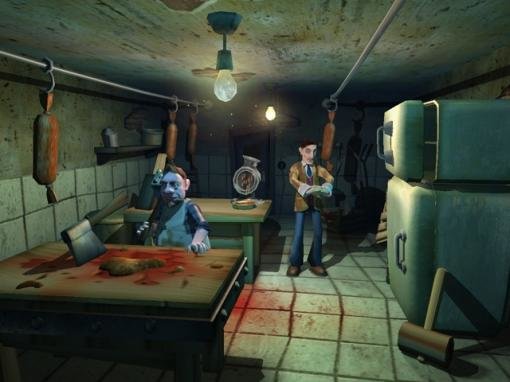 When Akella demonstrated this work-in-progress to us at E3, we were immediately greeted by a cinematic opening video introducing us to the game's plot and setting. This was our first taste of Luckless John's atmosphere and visual style: cartoon-like, and yet gritty at the same time -- we are in the prohibition-era United States after all. All this is rendered beautifully in real-time 3D in the style of a black-and-white hard-boiled detective film from the '30s, complete with a jazzy Big Band soundtrack playing in the background.

Following the intro movie, we saw the first playable segment of the game, this time in colour. As mentioned earlier, Johnny is stuck in a dingy jail cell, and your first task is to get him out of there. Being a purely 3D game, a third-person, direct control interface is favoured over a point and click one. You use your keyboard to move Johnny around, and your mouse to rotate the camera and interact with surrounding items and supporting characters.

Now, remember when I mentioned that Evil Days of Luckless John wasn't your typical adventure game? Well, by that I meant that if you're thinking the game's going to be one that solely relies on the "use X on Y" type of puzzles, you're definitely wrong. Thanks to the help of a physics engine, Johnny can run, jump, drive cars, and even shoot things, which the developers hope will immerse the player more completely into the fast-paced world of gangsters. 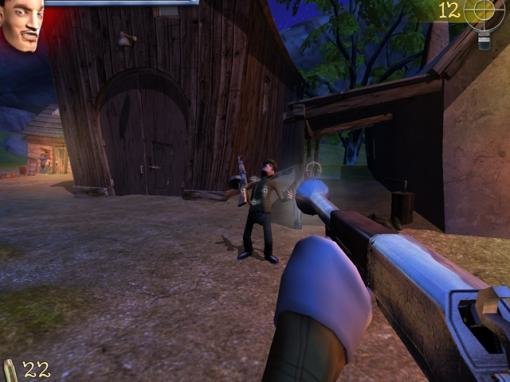 However, for those who derive more enjoyment from game activities that actually require thinking, rest assured that such puzzles do exist in Luckless John's thirty different locations, which include a museum, a farm, and a cemetery, among others. Some of them take advantage of the game's physics engine, having you move boxes around and knock heavy things off of shelves. Others have you finding your way through various mazes. Still others have you talking to the game's wide cast of colourful, comic book-style characters, finding answers to your questions and helping you advance in your quest to save the casino. During our E3 demonstration, the portion of the gameplay that we saw consisted of very traditional adventure game elements of Johnny trying to find items to help him escape from jail.

All in all, Evil Days of Luckless John promises to integrate these many game features to form an experience that puts you straight into the game's comic yet rough-around-the-edges universe. If you enjoy funny Mafia-style stories or even just cartoon adventures in general, Luckless John might just be worth keeping your eye on. Akella is currently planning an English release of the game by the end of this year; in the meantime, a trailer can be found over at Akella's website to give you a glimpse of this unique title. 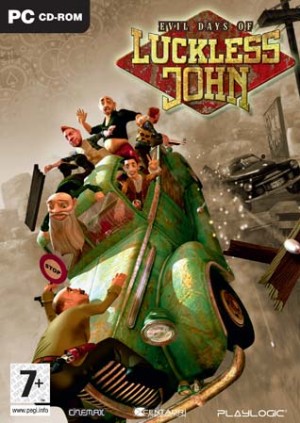