An expert in various fields of science, the occult, and history, Martin Mystère, brainchild of Alfredo Castelli, has been gracing Italian comic books with his enigmatic presence and adroit archeological skills for over twenty years. Starting with his first appearance in the Martin Mystère Monthly back in 1982, and later published by Dark Horse in North America as Martin Mystery, the character's popularity has also prompted an adaptation for a children's cartoon, which is currently enjoying Canadian television's YTV (youth TV) number one spot. Similar to the exploits of Sherlock Holmes, Martin's expeditions lead him to uncover the hidden, the unknowable, the paranormal, the ancient -- and much like the adventurous Indiana Jones, bring a little piece of it home.

Not at all one to contentedly sip a cup of Earl Grey tea while realizing his cuticles could bear some attention, Martin has kept busy laying these rather fantastic claims to fame: he discovered who really built Stonehenge, the identity of the Man in the Iron Mask, and the true nature of the Werewolf, the Vampire, the Golem and the Loch Ness Monster. He has encountered King Arthur, unmasked Santa Claus, and read the Necronomicon.

It makes perfect sense then, that GMX Media decided to acquire the publishing rights to the point & click adventure game Martin Mystère: Operation Dorian Gray, currently being refined by Italian game developer Artematica. The game promises to develop an intricate story based on mankind's recurring dreams of everlasting youth and immortality, which often lead to tragic situations for those that reject human ethics and universal principles. All this is done using highly detailed 3D backgrounds, comic book style FMV, an interactive inventory system, and a host of characters with which to interact.

What we know of Operation Dorian Gray, other than the obvious reference to Oscar Wilde's imaginative literary work, is that there will be plenty of murder and mayhem, with a good mix of suspense, humor, and some "adventurous action" along the way (meaning, for those of you who might be concerned, there will be no real-time action sequences included). Here at Adventure Gamers, we sampled a taste of what's to come by way of a brief demo based early in the game, and are pleased to share our initial impressions.

In the preview, Martin's presence is required at the villa of a certain Professor Eulemberg, an MIT research scientist who was found murdered. Problem is, his wife Diana is out, and he's only wearing his slippers and bathrobe, and his car is currently at the garage being worked on. Your tasks are to find the missing wardrobe key, get appropriately attired, and find the number to the mechanic so you can get Martin on his merry way to the villa. 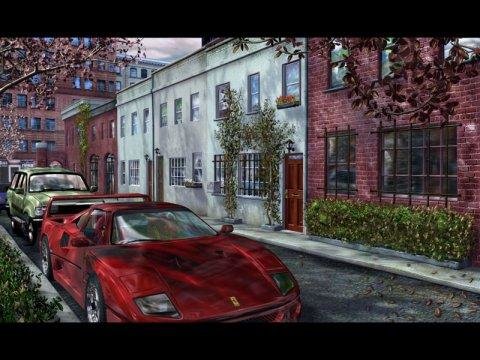 With its swelling score, the opening cinematic elicits an air of mystery and intrigue; setting an appropriate tone for the adventure you are about to undertake. Once in Martin's room, however, an aloof sort of jazz is the music du jour for your household jaunts. The change from the opening sequence seems a bit incongruous, as it removes all sense of urgency, but it soon becomes apparent that the pacing is being slowed deliberately to provide a very traditional adventure experience.

Much like from novel to cinema, Martin Mystère comic books seem a perfect segue for adventure game interpretation, and my initial impressions of the game's preview are quite good. The graphics are stylistically pleasing, and no doubt true to the comic's representation. The décor of Mystère's home, for example, provides a pretty good idea of the pleasing textures and palette the full game will feature.

Backgrounds are meticulous 2D renders in high resolution (1024x768), while Martin and other characters, such as his grunting Neanderthal sidekick Java, are fully 3D models. We weren't able to leave Martin's New York home in this preview, but it is safe to assume that the same attention to detail will prevail in the more exotic locations that Martin will find himself in his travels.

As you might imagine, there are tons of accoutrements that an anthropologist/archeologist extraordinaire might collect in his living space, and nearly each of these comes with a description of sorts. This is admirable work on the part of the developers to keep things interesting, and to clear the way of any confusion, hotspots appear to be differentiated by a comic book frame upon inspection. For example, in searching for the mechanic's number, you come across notes on the refrigerator which, when selected, produce a close-up grouping to showcase what can and cannot be selected for investigation.

Martin doesn't appear to be in any particular hurry, as he only walks from place to place. However, if you double-click on another area as soon as you enter a room (referenced by an open-door icon), he will immediately appear in that area. This seems to be an acceptable enough trade-off to his single-gait mode.

Martin uses his house phone a couple of times, but other than that, there is little physical interaction in this segment. Java is working the bookshelf with a duster like an obsessive compulsive bent on finding that last speck of grime, and apparently can't be bothered to respond until Martin warrants his attention and assistance. 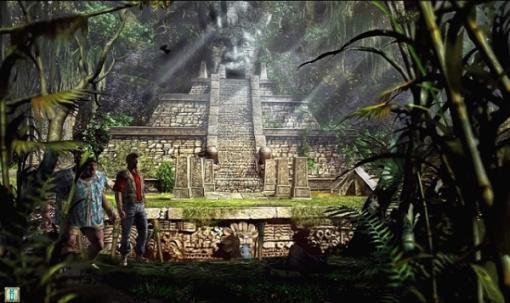 Martin himself has a nice timbre and an English accent. He will voice a description of inventory items, often giving clues as to what to do with them, but all else is described through text. The only dialogue tree in the preview is with Java, and there are a set number of unchanging responses to choose from. There are several scripted moments in the game, such as Martin's phone call in the game's intro, and when you find the mechanic's number and prompt Martin to call and see if your car is ready.

The puzzles consist of inventory collecting and combining, then interacting with the appropriate hotspot in the environment. There will undoubtedly be conversation-based puzzles as well, since interrogation is a primary skill of any good detective.

While the key challenge I experienced with the demo was in simply finding the items I needed, this task was made somewhat exhaustive by the sheer number of items one can click on for more information. It appears to be less a red herring diversion than an attempt to inform the player of the boundaries of Martin's world. Some players who crave the greater item density of older games will appreciate this for what it is, yet others might be dismissive of this detail and find frustration in their attempts to pare down exactly what is and is not intrinsic to their search. My personal impression tends to side with the latter, as I'd rather have an environment cater to the pace of the story, instead of the story halted by a need to finger the various trappings of the environment.

There are only eight slots available to save and load from, which should be sufficient for your quest. Once loaded, your game allows you access to a scrolling inventory at the bottom of the screen, simply by click on the floating "i" information button.

For those already fans of Martin Mystère/Mystery, we are told the game will be totally faithful to the comic, its characters and settings. During your adventure, you will encounter more friends like Angie and Travis, and Martin's old nemesis, Jinx. The Operation Dorian Gray story itself is based on one of the comics, though adapted to provide a more substantial gameplay experience. However, for the many who have never read the comics, this game looks to be a nice introduction, requiring no previous familiarity with the source material.

This preview is but a small glimpse of what could potentially be a compelling and enjoyable adventure game experience. We'd have loved to see more of the larger adventure awaiting Martin, but for that we'll just have to wait for the complete version. Look for this release by GMX Media soon, and Adventure Gamers' full review!