Knowing a murderer is on the loose in your vicinity is bad enough, but the threat is seriously compounded when you're trapped in space with the killer, with no way to escape. This will be the challenge posed to players in Christopher Mathes's upcoming point-and-click sci-fi mystery, Murder on Space Station 52.

The eponymous station was once a luxury tourist destination, but now it's crumbling and decrepit, a shell of its former self. Many former residents have moved on, while the few who remain seem to be afflicted by a pervasive "melancholy and strangeness." Edward Locke is the engineer assigned to the post when the previous engineer suddenly disappeared. Edward was born with a "rare degenerative lung disease" that be believes can only be held at bay by wearing a special helmet and sleeping in a custom-built pod that help regulate his body pressure. This soon becomes the least of his problems, however, after he discovers the grisly fate of his predecessor. Now Edward must identify the "ruthless killer" before he becomes the next victim. To do so, you'll need to "collect evidence, question suspects, explore the station, consult your murder board," and stay alive in the process. During his investigation in this "strange place, filled with even stranger people," however, Edward will "discover more about himself than he ever could have imagined."

While Murder on Space Station 52 shares a fondness for bird's eye perspectives with the developer's previous adventure, Moonrise Fall, otherwise this is a much different game that blends "film noir and Golden Age Hollywood with sci-fi." With a point-and-click control scheme, bluesy soundtrack, and hand-painted art depicting scenes of "decaying beauty," the presentation looks to be much more polished this time around. There will also be more to do: not only are there puzzles and a mystery to solve, players will also be able to "earn in-game currency for exploring the world and accomplishing tasks," which can be used "for a myriad of purposes such as purchasing cosmetics, accessories, and even an aquarium that can be filled with strange and otherworldly creatures."

Alas, as a largely one-man creation once again, it'll be some time before Murder on Space Station 52 is released, with a target completion date sometime in early 2023 for PC, with other platforms possibly to follow. To help get the project to the finish line, a Kickstarter campaign is planned for later this month. 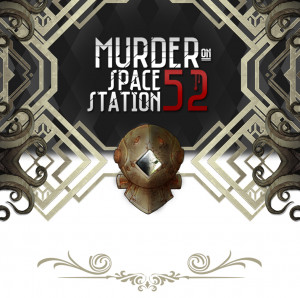 Made From Strings Full Game Details