Indiegogo campaign materializes for Into A Dream

Mental health awareness has really stepped to the forefront of our collective consciousness of late, and taking care of oneself is more important than ever in these troubled times. Indie developer Filipe F. Thomaz has tapped into this sentiment in designing his upcoming adventure Into A Dream around the theme of one man’s depression and the impact it has on his relationships with those closest to him.

Players take on the role of John Stevens, a renowned psychologist – at least in the real world. However, John awakens to find himself transported into the dreams of Luke Williams, a man who suffers under the weight of depression. John’s purpose here – as well as in Luke’s other dreams as the game unfolds non-linearly, skipping forward and backward through his life – is to investigate the source of Luke’s depression and find a way to steer him towards overcoming his malaise. Through these dreams, John will encounter Luke’s closest friends and family – his wife Rita, his daughter Anne, his mother Isabel – and will experience first-hand how Luke’s suffering affects them as well. Ultimately, he must find a way to make Luke see that his life matters, a first step on the road to recovery.

Inspired by LIMBO visually, Into A Dream is presented via a 2D side-scrolling presentation that’s split into a silhouetted foreground plane against a slightly hazy, suitably dreamlike background. The environments are sometimes full of light, with color used in each dream to reflect Luke’s mental state of wellbeing. This corresponds to his reality at the moment in time represented by the dream, conveying his mental state but always reminding the player that there is a glimmer of hope he’s holding on to. In terms of gameplay, Thomaz describes the experience as an amalgam of an adventure game and an interactive novel.

For the next few weeks, Into A Dream has an ongoing flexible Indiegogo campaign to raise additional funding. The developer states that the game will be completed regardless of the amount raised, but that the campaign exists to reward the staff of volunteer voice actors, localizers, and promoters helping it become a reality. The final version will be releasing for Windows, Mac and Linux in July, but a free 45-minute demo is available now via Steam and itch.io to sample the game’s blend of narrative and puzzle-solving. 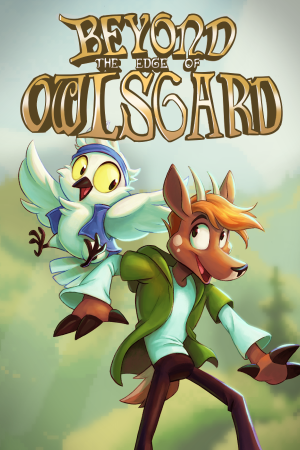