Sherlock Holmes may have had to make due with his magnifying glass, chemistry lab and keen intellect, but in Playmestudio's upcoming The Signifier, players will have the most advanced technology available to solve a high-profile homicide.

Players step into the first-person shoes of Frederick Russell, an "expert in AI and psychology, and the main researcher behind an experimental deep brain scanner called the Dreamwalker," a cutting-edge technology that allows "exploration of the recorded senses and unconscious realms of the mind." Russell and his device are suddenly thrust into the spotlight when "the vice president of the world’s biggest tech company turns up dead in her apartment." Now, in order to determine what happened, you must "journey into the last memories of the deceased" in an attempt to "interpret the abstract language of unconscious thought on a quest to determine the truth in a subjective world."

The Signifier is presented like any other free-roaming 3D adventure, but this is no ordinary mystery and the methods you'll use to solve it will be anything but traditional. Described as a "story-driven tech-noir mystery adventure" and promising a blend of "investigation, experimental psychology, and artificial intelligence," the game provides "three coexisting dimensions to explore: reality, and the objective memories and subjective dreams in the mindscape." As you move between the real and surreal realms, you must "solve puzzles, unlock new dialog branches" and "learn psychological concepts to use powers and tools for navigating the strange and unpredictable unconsciousness."

There is currently no firm release date for The Signifier just yet, but the game is due to launch on Steam for Windows PC sometime this summer. In the meantime, be sure to drop by the official website for additional details. 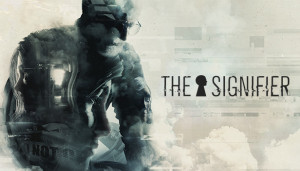