Though no specific story details have been unveiled, the game promises a first-person "trek through a barren landscape of ruin, littered with colossal empty shell-like structures." Here in this "place of panoramic desolation and epic solitude," players will "stumble across an imprisoned spirit and uncover a mysterious forgotten path." The goal here isn't to rush to an end destination, however, but rather to "explore the feelings of emptiness and loss, finding some meaning in reflection." As much a "symbolic journey" as a literal one, each player is free to interpret the experience their own way.

Inspired by both the acclaimed 2001 PS2 adventure Ico and the works of "19th-century German Romantic landscape painter, Caspar David Friedrich (whose works often evoke a sense of epic desolation)," Separation is intended to provide a "virtual retreat essential for escaping the buzz of everyday life." Traversing water, "windswept sand and ruins" to the accompaniment of original ambient electronica, you'll pass by "derelict structures, abandoned engineering," mysterious obelisks and even the giant stone heads of sorrowful "forgotten ones." There will be some "puzzle-based gameplay" to contend with along the way, but even that shouldn't stretch out play time beyond a projected two hours in total.

A PSVR exclusive, Separation is available now for download only from the PlayStation Store. To learn more about the game, drop by the developer's website for additional details. 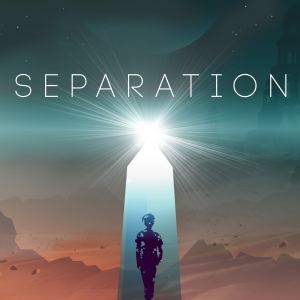 Wraith: The Oblivion – Afterlife to come into being early next year

First details arise for Ryte: The Eye of Atlantis