The machines may not have taken over the world just yet, but they do take center stage in Sergey Noskov's sci-fi puzzler 7th Sector, which is coming soon to consoles after its PC launch last year.

While story details are intentionally vague, players will embark on a "cyberpunk odyssey" in which you find yourself "controlling array of different machines and solving all manner of puzzles as you set off to survive and learn the truth of this dark and mysterious dystopia."

Presented in a side-scrolling fashion similar to the likes of LIMBO and INSIDE, the richly atmospheric world of 7th Sector promises "lots of varied and unique puzzles" along the way. In order to overcome all the obstacles in your path, players will need to assume control of "several different characters, each with their own abilities that can help you navigate the world’s devices and machinery." Whether inhabiting a small metal sphere, a flying robot, or even a laser-shooting turret weapon, "some of your choices and actions will determine the ending of the game."

Created almost entirely by one man and released last March Steam for Windows PC, 7th Sector has now been ported to consoles and will be arriving on PlayStation 4, Xbox One and Nintendo Switch on February 5th. 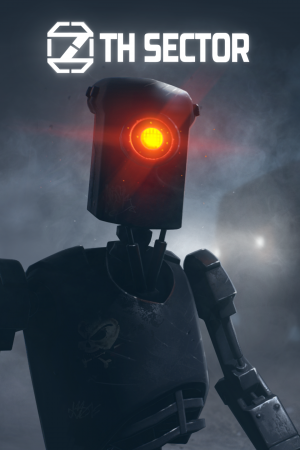