Cults are not to be messed with, but then neither are spurned cultists when properly motivated, as we're about to find out in the newly-released debut installment of indie Italian developer Neon Sloth Studio's two-part The Cult: Marduk's Longest Night.

Caleb Marduk is a "ruthless summoner of the most powerful secret society in the world." Able to "summon demons and affect the destiny of living beings," the arrogant, charismatic Marduk believes himself to be a "valuable asset for The Cult." But all that changes when he defies their orders and they respond by kidnapping his daughter. Now, "crushed under the weight of the choice that changed his life yet determined to take back what was taken from him," Marduk will need to "make his way through the grim slums of Harvester City" in pursuit of his missing child. With every demon "looking forward to [feasting] on his rotten soul," if he's to succeed he must make full use of his mastery over the dark arts and the "many magical items based on myths and folklore from every corner of the world."

The Cult is presented in a first-person slideshow format across more than 20 hand-drawn locations. Promising a "mature story bursting with dry humor" told through multiple-choice, visual novel-style dialogues, the game sends players into the gritty depths of a world "where nothing is as it seems." Investigating the slums of Harvester City should take about 2-3 hours to complete, during which time players will "meet demons and legendary creatures, escape the summoners of The Cult and delve into Marduk's shadowy past," collecting inventory items and solving a variety of puzzles along the way.

If you're up for a supernatural rescue mission, there's no better time than the present as The Cult: Marduk's Longest Night is available now to download on Steam for Windows PC, with a Mac version to follow in early 2020. The tale will be continued in the second and final part yet to come, which promises to "conclude the story and shed light on all the questions still left unanswered." 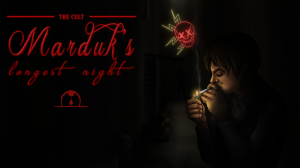 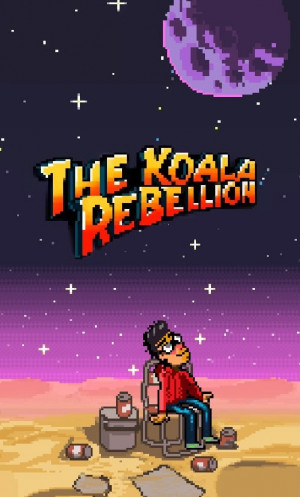