The Blueness of a Wound set to open in early 2020

How far would you go to avenge the murder of a loved one? Hopefully that's a purely hypothetical question, but it lays at the heart of indie Australian developer Zaperart's upcoming "horror/mystery" adventure, The Blueness of a Wound.

Lana is a young woman haunted by a "tragic event that led to the loss of her sister." Determined to avenge her sister's murder, Lana's one-way journey takes her to "the place of her nightmares" in order to fulfill her mission. That place is Australia's "Blue Mountains, which according to the stories of the Dreamtime is where the omnipotent Rainbow Serpent lives." There Lana will "have to venture deep into the dark valleys of the mountains where the killer lurks and forces from the beginning of time still hold dominion." The success of her pursuit, and even her very survival, is up to you to ensure.

While many revenge thrillers go the gritty urban route, The Blueness of a Wound goes very much in the opposite direction, featuring a variety of surreal settings and distinctive art styles, the most dominant of which is "hand painted watercolors." In order to distinguish interactive objects from simple backgrounds, the developer claims that "objects that can be selected are done in color while other elements are black and white." Described as a "point-and-click adventure with quirks" and accompanied in part by music from Secret of Mana's Hiroki Kikuta, the game will offer plenty of dialogue decisions to determine the direction of the story, including the ending itself. Lana can die at times and there will be some "fighting" to contend with along the way, though not in the traditional combat sense but rather a choice of how to approach violent confrontations.

There is no firm target release date for The Blueness of a Wound just yet, but the game is on track to be completed for Windows PC in the first quarter of 2020. Before then, however, there's a demo to look forward to that will soon be available through the official website. 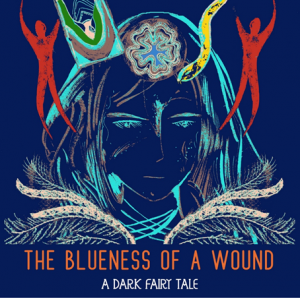