Felix is just an ordinary worker for the Ministry of Death who has a crush on Betty the Maiden from the Ministry of Life. In order to impress her, he takes on a job as a field reaper, heading out into the world of mortals to collect the souls of those whose time is up. Equipped with a Walkman and a pair of headphones, Felix goes about his work in the most upbeat way possible: by practicing his dance moves while listening to an eclectic selection of music, all while operating in the shadows to survive.

The gameplay in Felix the Reaper consists of setting up and carrying out the timely demises of those whose final hour has struck. Though a morbid premise, the artwork is delightfully cartoony and the design team has engaged the assistance of actual dancers to choreograph and perform Felix’s moves, indie musicians to provide the tunes pumping through his headphones, and an art historian to supply articles that appear in-game on the history of Death in art over the centuries.

For Felix this is all just another day at the office. Being a reaper, however, means he is unable to step directly into sunlight, so he must use, create or manipulate the shadows around him to carry out his missions. A very useful tool in his arsenal is the ability to swing the sun, and consequently the shadow it casts, around the sky at will. All of this happens while time is frozen for the unfortunate victim, and the end of each stage sees time catching up and all the carefully-placed dominoes of death neatly falling down. Additional content in the form of more challenging versions of levels and time trials can be unlocked as well.

If you’re ready to get your death-dealing groove on, Felix the Reaper is available now on Windows, Mac, PlayStation 4, Xbox One and Nintendo Switch. 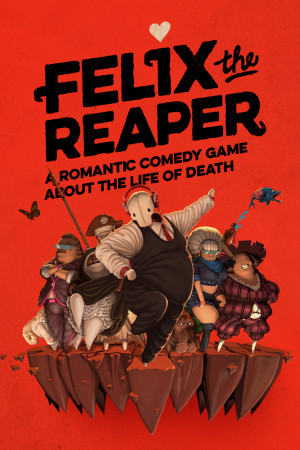