Keep the name Memorrha in mind in 2019

One thing we know for sure about ancient and/or alien civilizations in adventure games: they certainly do love their puzzles! Good thing for us, of course, as we get to follow in their tracks and figure out how everything works. This will be the case once again in indie German developer StickyStoneStudio's upcoming Memorrha.

As with most puzzle-adventures of this sort, story details are sparse, but players will find themselves alone and caught up in a "voyage of discovery following the traces of a mysterious culture." Free to explore in realtime, first-person 3D, it is your task to "discover diverse landscapes, investigate abandoned artifacts, and wake strange machines from their slumber." Only when you begin to unravel the mystery will you come to "learn the truth about those who came before you" and perhaps even "find your destiny in this secretive world."

The game's early screenshots and trailer show off several vibrantly colourful environments that await, and tease some of the many unusual contraptions to overcome along the way. You will need to "catalog symbols and pictograms using your scanner" in order to solve puzzles that will range in difficulty from easy to hard. The obstacles in your path present a core mechanic that "constantly develops over the duration of the game," which "results in new puzzle types, presenting the player with even greater challenges." Solving new puzzles will "influence the game world and reward players with more areas to explore," leading to a total projected play time of 8-10 hours.

Originally started as a project by two students at Offenburg University, Memorrha is now drawing nearer to release, though it will still be next summer before seeing the game released on Steam for Windows and Mac, and a bit longer after that for console ports. In the meantime, you can follow its progress through the game's official website. 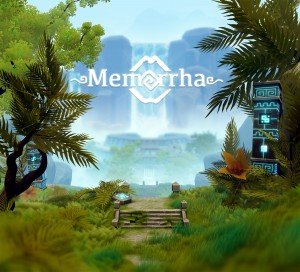