The fear of artificial intelligence is that someday machines will be able to control humans, but at least for a while longer we still have the ability to take over our machines. And we'll need to just that in No Code's upcoming sci-fi thriller Observation, as the fate of an orbiting space station hangs in the balance and it'll be up to a disembodied A.I. to resolve the problem remotely – with a little hands-on help from the player, of course.

Named after the titular station in outer space, the action centers on Dr. Emma Fisher, but players actually assume the role of S.A.M., who's in charge of monitoring the Observation's functions. When something terrible goes wrong and the entire rest of the crew seems to have mysteriously vanished, players will need to operate the "control systems, cameras, and tools to assist Emma in discovering what is happening."

A far more graphically intensive game than the studio's previous text-based horror anthology, Stories Untold, Observation is technically viewed from a first-person (first-machine?) perspective, though you'll continually be watching Emma's progress through the various cameras positioned around the station. As teased in the initial trailer, you'll also need to manipulate different functions directly in order to help her overcome the many challenges confronting her.

There is no firm launch date just yet, but Observation is currently on track for release on PC and PS4 sometime next spring. To learn more about the game in the meantime, be sure to check out the official website for additional details. 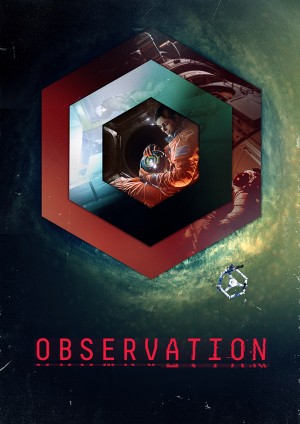