It's not often we see live-action characters melded with prerendered environments anymore, so indie Serbian studio Munzesky Games will be offering both a glimpse of the future and a blast from the past with its debut adventure, Sol Invictus.

Inspired by "the classics of science fiction in film and literature," Sol Invictus is set in a utopian future of our solar system – or so it would seem on the surface (as utopias never really are). Behind the veil, the ruling authoritarian interests have been locked in battle with a rogue A.I. for more than a decade. Now, through "a chain of unfortunate events," a technician from the spaceship freighter Ortana "falls into a web of government conspiracies and corporate intrigue that takes him across the solar system."

While that's all we know of the story so far, the game's first trailer shows off an ambitious presentation that promises a "large number of unique locations and vivid characters, stylized in a soft retro look with a constant side view perspective, giving homage to the golden age of video games." Unlike the hand-painted backgrounds, the characters have all been filmed live and incorporated into an environment that includes "real miniature spaceship models and props." This old-school FMV design is further complemented by "classical verb coin-based point-and-click adventure game mechanics," as displayed in the first gameplay trailer revealed.

Quietly under development for Windows, Mac and Linux since 2015, Sol Invictus is still at least a year away from completion, with a possible Kickstarter to help finance the production coming later this year. In the meantime, you can follow along with the game's progress on the developer's website. 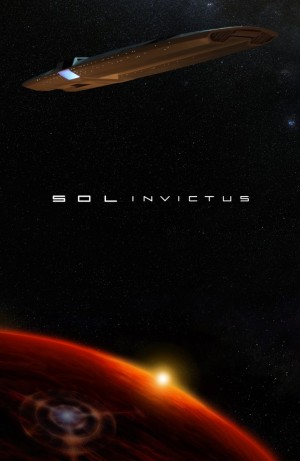