You receive a mysterious message from an unknown sender. Are they really in trouble, or just messing with you? That's the question Daily Magic asks in their mobile-exclusive, real-time narrative adventure Sender Unknown: The Woods. Better known to date for their casual hidden object games, this time the developer has teamed up with writer Lisa Brunette, author of the indieBRAG medallion-winning Dreamslippers novels, to bring us horror, puzzles, and life-changing choices.

Four friends find themselves lost in the Ozarks, one of whom is Morgan, all alone and trapped in an RV. With everyone else in the party missing, the vehicle broken down and surrounded by wolves, and a madman's taunts playing on the radio, all Morgan's got is a half-broken mobile phone – and you, a stranger who happens to be using a new chat app and have received a desperate message from "Sender Unknown". Morgan is just the first of the group in need of your help, so will you assist these poor lost souls, foil the madman's plan and find out what's really going on in these spooky woods, or just ignore the messages and get on with your life?

The basic setup is very similar to the Lifeline games, in that you respond to each person's messages by making multiple-choice decisions in real time. Every so often, the character in trouble will go away for a bit, to put a plan you've agreed upon into action, react to what's happening, or just get some sleep. These breaks vary from a minute or two to several hours, but the story won't carry on without you so there's no pressure to keep checking back. Your decisions drive the branching narrative, and we're promised an intriguing mystery with "exciting twists and reveals", life-or-death decisions and even possible romance.

Sender Unknown then builds on this basic formula by introducing stats such as intelligence, empathy and trust, which are both influenced by your choices and affect whether your later actions work out as planned. For example, propose a risky plan and Morgan might baulk unless your trust score is high enough. There are also "intricate" puzzles to solve, varying from riddles to visual brainteasers (based on photos sent to you). And if these get too tricky, there's also the option to reach out for help on Twitter.

Available now for iOS and Android, if you want to explore Sender Unknown: The Woods further, you can head over to the App Store or Google Play. The first chapter featuring Morgan is free, with the remaining chapters unlocked through an in-app purchase. Buying the game also unlocks the ability to undo bad decisions by rewinding and a "fast mode" that removes the staged waits.

KEEP ME UP TO DATE ON Sender Unknown: The Woods Subscribe to our newsletter and we'll keep you up to date! 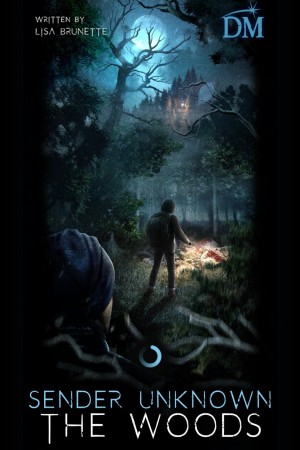 Escape the psyche of an amnesiac in Incoherence

SIMULACRA 3 beginning to come into focus