What's better than hearing that there's another Life Is Strange series on the horizon? How about TWO new series on their way, the second being a new three-part prequel revealed today, called Before the Storm.

It's three years before the storm, to be precise, as players will return to Arcadia Bay in control of a "rebellious 16 year-old Chloe Price who forms an unlikely friendship with Rachel Amber; a beautiful and popular girl destined for success." Both names will be instantly familiar to fans of the first game, though as a prequel no prior familiarity is necessary. Either way, players will soon discover that "when Rachel’s world is turned upside down by a family secret, it takes this new-found alliance to give each other the strength to overcome their demons."

The early trailer and screenshots display the same distinctive aesthetic of the original, though this time out it's not French developer DONTNOD behind the game (their next Life Is Strange adventure is a totally separate project), but rather American studio Deck Nine Games. The goal of the game, according to Square Enix's Lee Singleton, is to capture the exact moment anyone can relate to: when they encounter "a particular person who significantly influenced their life; the person that ultimately shaped who they became."

Before the Storm is scheduled to debut on PC, PS4 and Xbox One on August 31st. In the meantime, you can learn more about the series straight from the game's creators through their developer video. 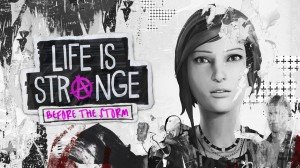