Building on the more realistic take on science fiction seen in movies like 2001: A Space Odyssey, and Alien with its “Truckers in Space” theme, Macedonian-based indie studio KAMAi MEDIA has recently released the first episode of their space mystery Sonder. via Steam Early Access.

While a mystery set aboard a spaceship isn’t in itself revolutionary, it’s the specific approach the developers have taken here that is of interest. Citing visual design influences by artists such as Ron Cobb and Syd Mead, the team hopes to add something new to a well-worn formula. One of their stated goals is to find a way to tell its story in a non-linear format. They’ve accomplished this by making the characters stuck in an ever-repeating time loop, repeating the same actions day-in and day-out until being compelled to change their behavior. That compelling force? You, the player.

Players don’t take on the role of any particular protagonist in Sonder., at least not in the traditional sense. As a free-floating omnipresent conscience (or camera), you are able to take direct control of any character as you choose, or none at all aboard the spacefaring transport vessel. Events will play out with or without your input, though interfering in the course of things, whether by interacting with other crew members or equipment, will cause the flow of time to vary. It is up to you to lead the crew to their salvation, or deliver them to their doom.

Being caught in a time loop means that, as time resets and the world returns to the loop’s moment of origin, nobody in it, save for the player, retains any memory of what has transpired. This knowledge is what will ultimately move the narrative along, provided you are in the proper place at the proper time to learn the pertinent pieces of information. Time is more than just a plot device, and you can actually manipulate it by rewinding or fast-forwarding to specific events at your leisure as you inhabit a character’s persona in third-person or simply wander the halls free of any avatar.

The game’s first episode (of six planned in total) is now available as a work-in-progress via Steam Early Access, though there are some story paths that will end abruptly as they haven’t been fully developed. More information, as well as a developer video diary, can be found on the game's website. 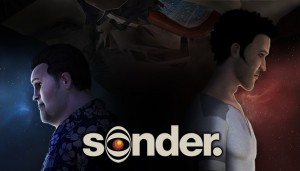